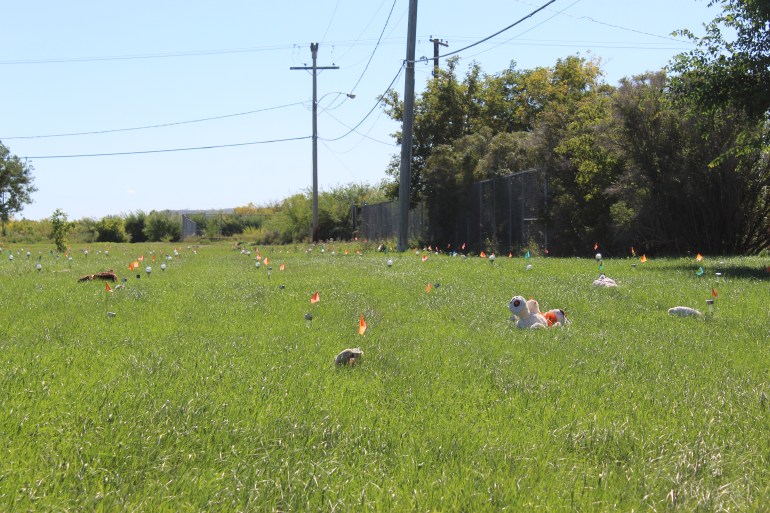 In June, the Cowessess First Nation announced that 751 unmarked graves – believed to be of both children and adults – had been found at the site.

It was an autumn morning and he was at home in the cabin where he lived with his parents and seven siblings when all hell suddenly broke loose.

The first thing he heard was his father shouting. Then, he saw them in the doorway – the Indian agent (a representative of the Canadian government on the reservation), a police officer, a priest and some others from the residential school.

His mother gathered the children and took them to a bedroom, telling them not to come out.

“She left and then all of this screaming took place. I don’t even remember the words, I just heard the screaming and crying from my mother,” he says.

‘Predators, plain and simple’
Staff known as “night-keepers” were assigned to watch over the children as they slept. “When that door would open and the light would cast upon the dorm, you could hear the whimpering begin,” he says. The night-keepers would prowl the rows of beds and molest the children.

“I’ll never forget the smell,” he says, choking up. Boys would soil their underwear out of fear, he explains. Others would do it on purpose to try to deter their molesters from abusing them that night.

For the six years that he was there, Barry was regularly molested.
You must log in or register to reply here.
Top Bottom