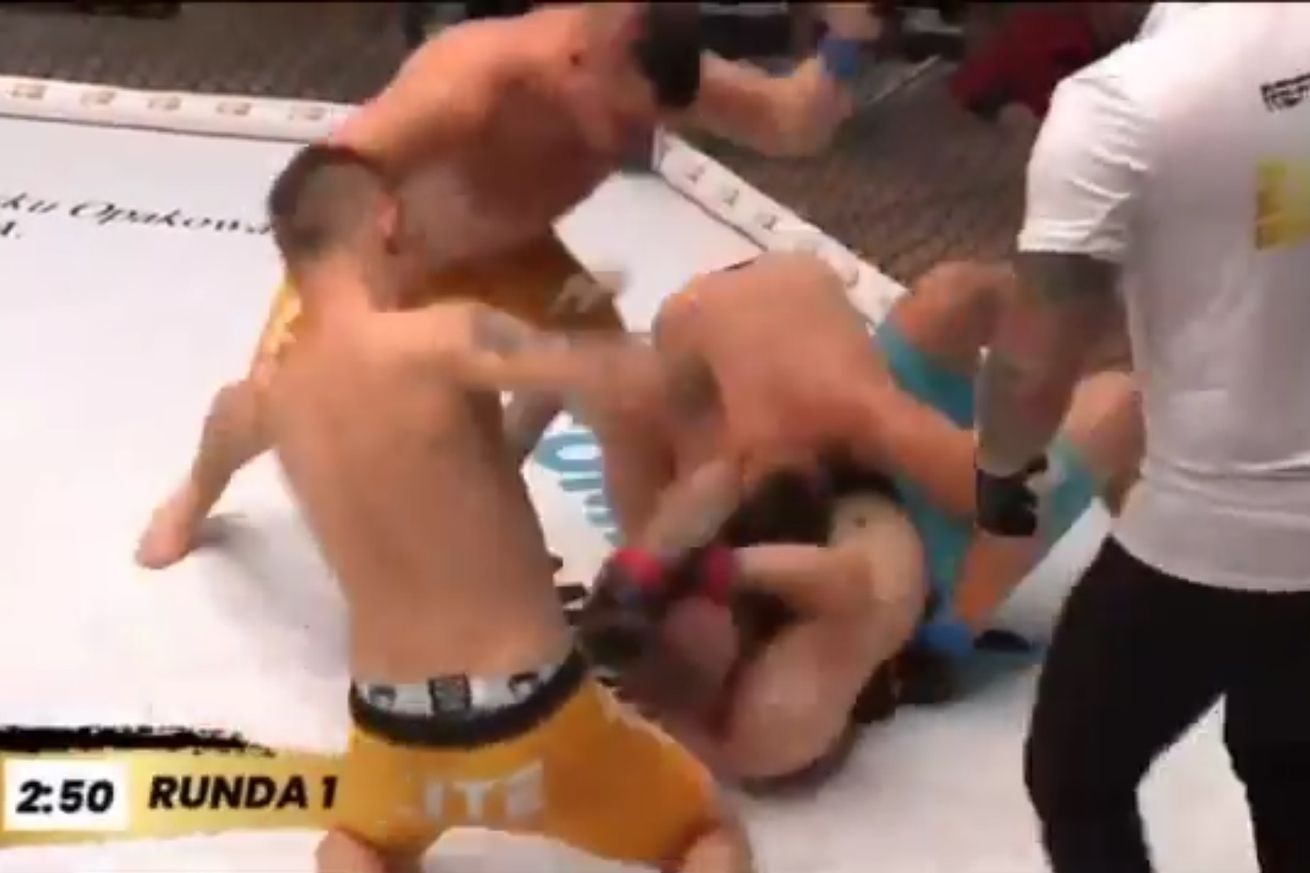 Three men fight one at an Elite Fighters event in Rzeszow, Poland, on Saturday | @Grabaka_Hitman, Twitter

Though MMA bouts can be wildly unpredictable, there are some results that even the most casual viewer can see coming from miles away.

Case in point: When three guys fight one guy, it’s probably not going to go well for the one guy.

That axiom played out in brutal fashion Saturday at an Elite Fighters event in Rzeszow, Poland, where a fighter identified as Kung Fu Panda took on a trio of opponents, Milosz Wlodkowski (“Modlicha”), Maciej Szwech (“Szwechu”) and Norbert Grazka (“Neted”). It’s unclear how much training any of these men had, but clearly the team of three didn’t need much to roll over Kung Fu Panda in a matter of seconds.

I'm struggling to think how else they thought this would go

Whatever Kung Fu Panda’s level of martial arts expertise is, it wasn’t nearly enough to prevent his opponents from swarming him. He was immediately dragged to the mat by one of the three and then held down while the other two pummeled him with punches and hammerfists to the head.

About to be a 3 v 1 fight on this card. Here's the red corner. pic.twitter.com/8tkPgJ6GdH

This ref wondering where everything went wrong in his life pic.twitter.com/5mL8TMElno