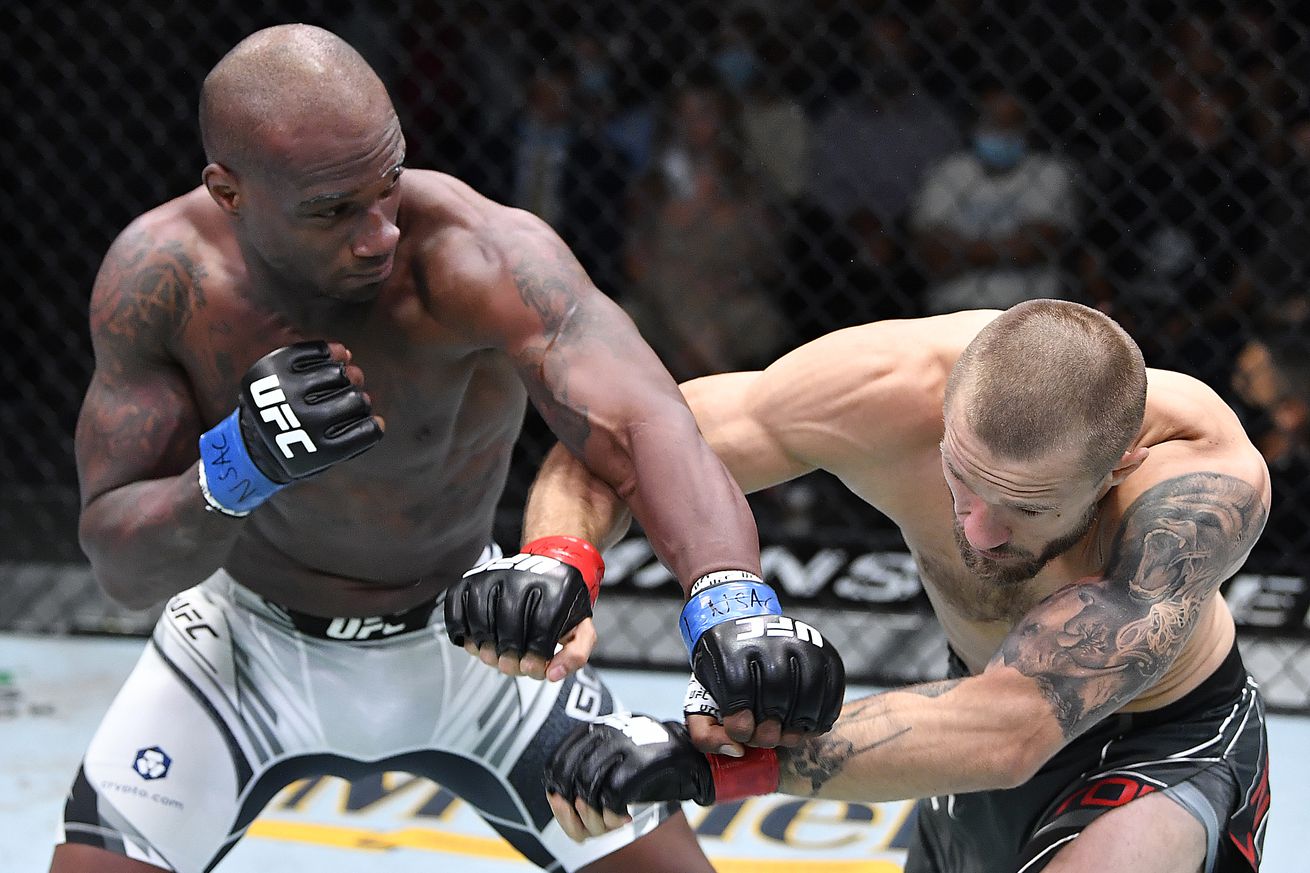 Jared Gooden felt like he was fighting for his job at UFC Vegas 33 but it’s safe to say his employment is now secure after his performance on Saturday night.

After accepting the bout on short notice, Gooden came out firing and he only needed one straight right hand down the middle to land flush on opponent Niklas Stolze to send the German prospect crashing to the canvas in emphatic fashion. Before Gooden could deliver any more punishment, the referee was rushing into stop the fight with the end coming at just 1:08 in the first round.

Following two losses to start his UFC career, Gooden was tired of leaving things up to the judges scoring the fight cageside so he just took matters into his own hands.

“Putting everything together, we knew we can’t go to the judges anymore,” Gooden said after his first UFC win. “Nothing against them, we’ve got to take fate into our own hands and that’s what changed. He drops and I just keep coming.”

It was a strong outing for Gooden from the second the fight started as he was immediately head hunting on Stolze, who barely had a chance to get moving before he was dodiging strikes.

The finishing sequence came as Gooden stepped in to swipe at Stolze with his left hand and then threw the right behind it. The punch detonated on Stolze’s chin as he dropped to the ground from the impact and the fight was over just a split second later.

With that knockout, Gooden can finally celebrate his first UFC victory with a highlight reel ending as the cherry on top.