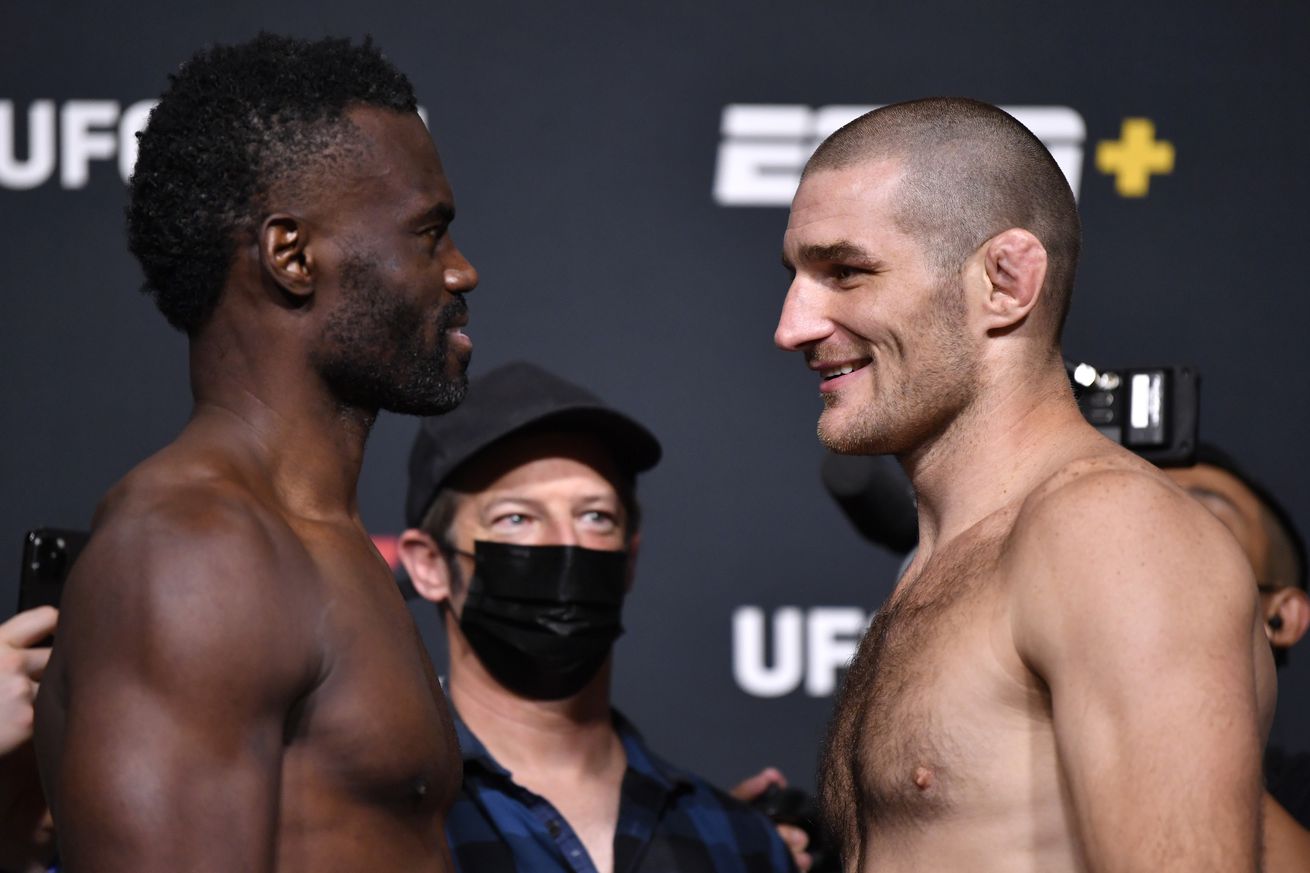 This is the UFC Vegas 33 live blog for Uriah Hall vs. Sean Strickland, the middleweight headliner for Saturday’s fight card at UFC APEX in Las Vegas.

The middleweight bout pits two division standouts against each other with Hall, the No. 10 fighter in the MMA Fighting Global Rankings, taking on No. 13 Sean Strickland. The bout was originally scheduled to take place at UFC 265 on Aug. 7 before being moved to the main event of the fight card.

The Ultimate Fighter 17 winner Hall is enjoying the longest winning streak of his career after a series of ups and downs that had many questioning his longevity in the UFC. The striking specialist has beaten his past four opponents, taking out former champions in back-to-back fights by stopping Anderson Silva and Chris Weidman; the latter occurred when Weidman broke his leg on a checked kick.

Strickland also has won his past four fights, but has yet to face marquee opposition in the cage. The outspoken fighter also is enjoying the longest winning streak of his octagon career, which he attributed to work with a mental coach.

Round 1: Strickland pops Hall with a good jab. He’s aggressive to start, as expected. Hall has his own jab going. They’re standing in the middle of the octagon, sizing each other up with their boxing. Strickland taking the lead through the first couple of minutes. Hall lands a counter left. Low leg kick from Hall scores. Strickland narrowly avoids a straight counter right from Hall. Strickland upping the volume and he has Hall on the back foot. Strickland advancing with straight punches up top. Uppercut by Hall. Strickland tags him with a 1-2. Strickland caps off a combo with a head kick. Hall busier in the final 30 seconds. Strickland walks through a few counters.

MMA Fighting scores the round 10-9, Strickland.