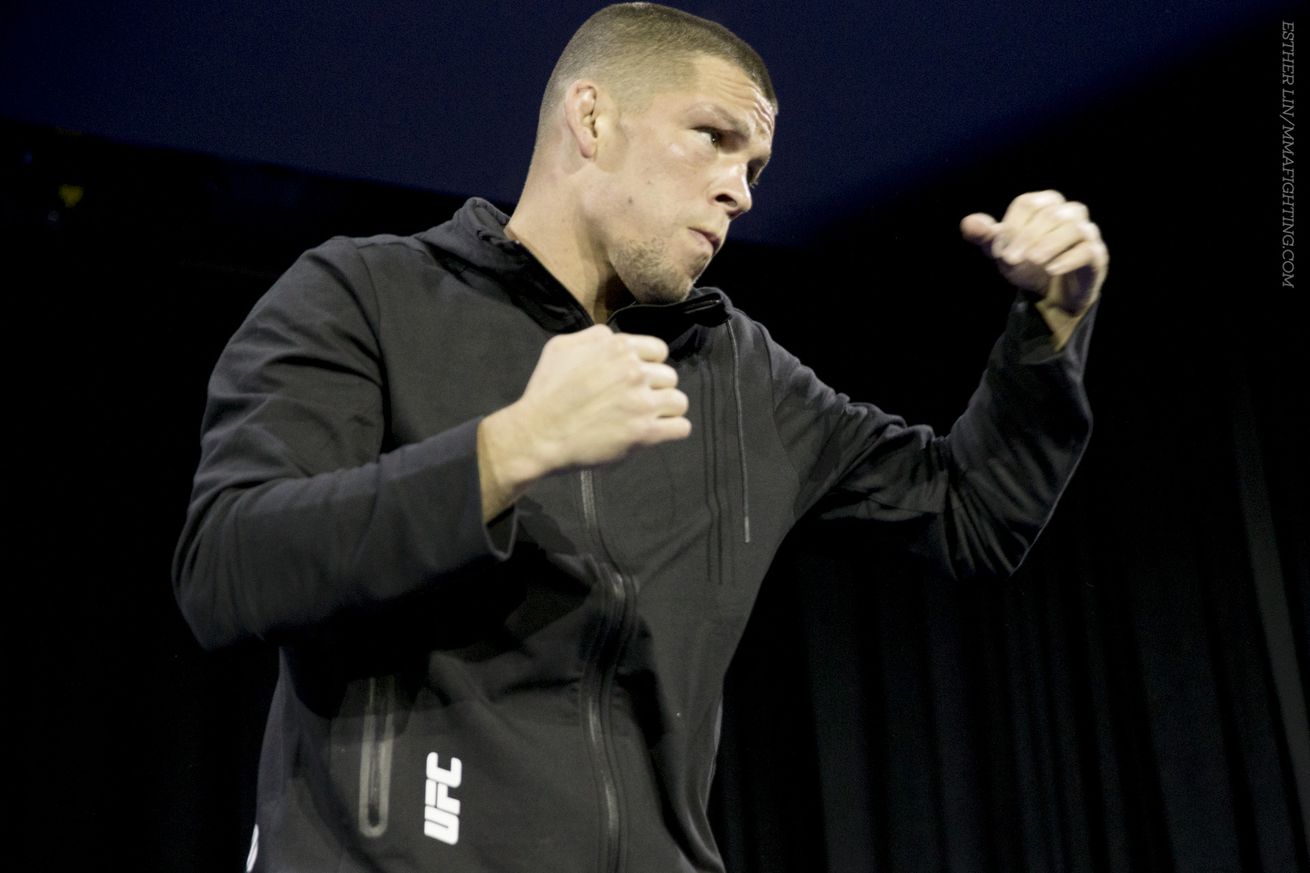 For the first time since 2019, Nate Diaz is back on a fight poster.

The fan favorite returns to action May 15 to face Leon Edwards in the UFC’s first five-round, non-title co-main event at UFC 262. The welterweight bout will precede the main event to crown a new lightweight champion between Charles Oliveira and former Bellator titleholder Michael Chandler.

A NEW KING WILL BE CROWNED! Your official #UFC262 poster just dropped pic.twitter.com/QnEwCg47ZB

Oliveira and Chandler will battle it out to become the first new 155-pound champion in over three years not named Khabib Nurmagomedov, who announced his retirement following his 29th consecutive victory over Justin Gaethje at UFC 254 in October.

Diaz will look to get back in the win column after a doctor’s stoppage TKO loss to Jorge Masvidal in the main event of UFC 244 in November 2019. He faces Edwards, who hasn’t tasted defeat since a decision loss to current champion Kamaru Usman in December 2015. “Rocky” returned after a nearly two year layoff to face Belal Muhammad in the main event of UFC Vegas 21 in March where an accidental eye poke from Edwards led to the fight being ruled a no contest.

UFC 262 will also include another important lightweight matchup between former interim champion Tony Ferguson and Beneil Dariush, along with an exciting featherweight tilt between Shane Burgos and Edson Barboza.