The Ducati Streetfighter V4 is Getting an SP Version for 2022

The certification confirms that the SP’s engine remains the same 1103cc V-Four as the existing Streetfighter models, claiming 208 hp and 90.4 lb-ft. What the certification doesn’t tell us, is what Ducati did to make the new variant worthy to be called an “SP”. 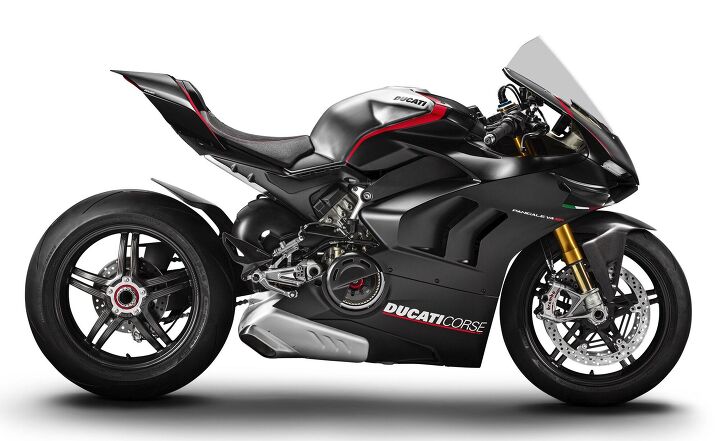 Ducati revealed the Panigale V4 SP last November. It should give us the biggest clues on what to expect from a Streetfighter V4 SP.


In Ducati-speak, the letters “SP” stand for “Sport Production.” First used on the Ducati 851 and most recently on the Panigale V4 SP, the letters are used to denote a production model with technical upgrades to make it faster on the track. The SP version of the Panigale offers the most clues about what to expect from the Streetfighter V4 SP. 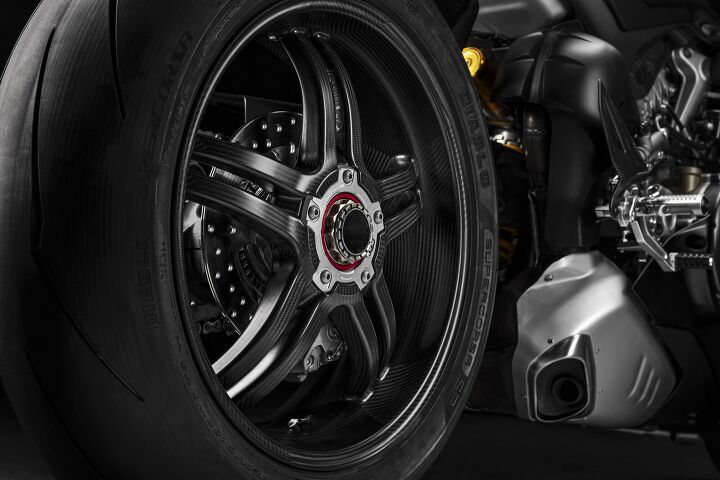 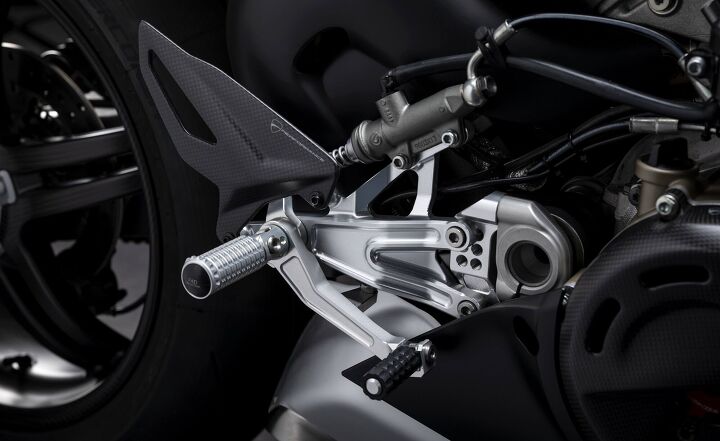 Other features from the Panigale V4 SP that we might expect to find on the Streetfighter V4 SP include anodized aluminum alloy pegs, a lighter 520 pitch chain, a billet aluminum steering stem, adjustable aluminum pegs with carbon fiber heel guard, and additional carbon fiber components. And, of course, there will be a special livery to denote the more exclusive Streetfighter V4 SP.

There’s no indication of when Ducati will announce the 2022 Streetfighter V4 SP. A fall announcement is likely, but we can’t rule out a reveal for later this summer.

The post The Ducati Streetfighter V4 is Getting an SP Version for 2022 appeared first on Motorcycle.com.