Admit it: hooning around on little motorcycles and scooters is fun. At least Ryan and I think so, anyway. And so it was; the two young pups at MO (well, Ryan anyway) went about dreaming up things to do outside our usual testing regimen. Because, you know, even though we have great jobs, the daily grind gets a little routine at times. After a little internet browsing we discovered the glorious sight of Vespa scooters tackling the Dakar. Yes, that Dakar. Thus, the wheels were set in motion.

Get the Flash Player to see this player.


No, we didn’t get our hands on any Vespas, and no, we didn’t travel to Africa. But we did dream up a way to have a little fun in our own backyard. Enter the Honda Monkey and Yamaha Zuma. Two little scoots we love ripping around on the street, but both of them have just enough styling to suggest they’d want to be taken off the beaten path. Knowing my tendencies for poor decision making, Ryan convinced me that we should oblige, and we grabbed some Kenda Big Block tires for the task. Being the sportbike guy, I would have been fine with a fire road, but Ryan’s the type to go big or go home. Not knowing where we were headed but confident it would be gnarly, I updated my will just in case. 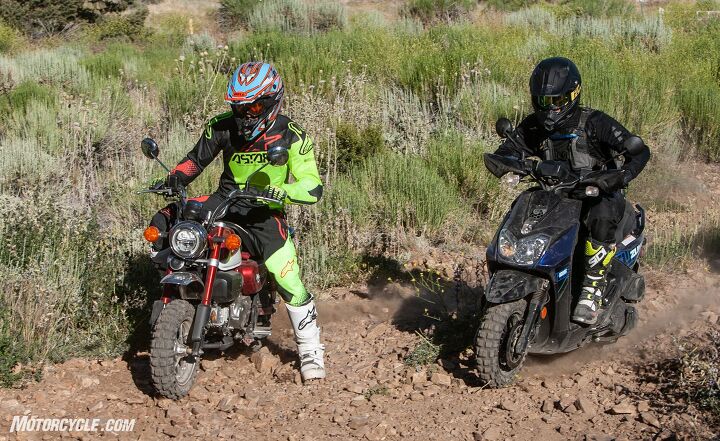 Why would we do such a thing – especially to these poor little scoots – when better, more capable options exist? Because we can. Because it sounded like fun. And because this is the stuff dreams are made of. Well, at least it’s the stuff Ryan’s dreams are made of. So, sit back, relax, and watch Ryan and I make fools out of ourselves as we attempt to live out his dream. How bad of an idea does it turn out to be? Watch the video to find out. 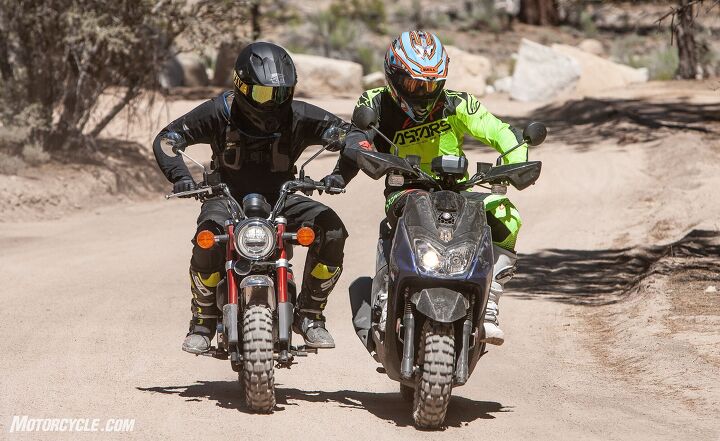