Rumsfeld has left the chat!

Somebody take him out for a payback quail hunt?

Fuck Fox news and their autoplay video when I'm at work and trying to quietly fuck off. 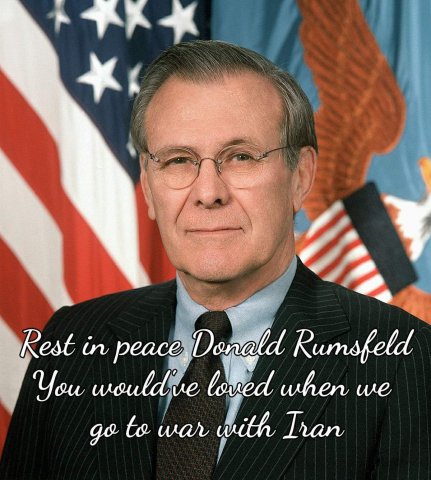 We got tasked to move the Sec Def from Kuwait to Baghdad in the summer of 03 ..

took 4 machines to get it done , one for him and his entourage, one for the press corps, a flying bump bird and my crew got tasked to haul his 3/4 ton up armored suburban...

he was a big/tall guy that commanded a presence , carried his self around like a boss ..

I was pointing and yelling prepping to load his truck when he walked by with his detail .. He looks over and says ‘ that’ll never fit in there ‘ to which I replied ‘ wanna bet ? ‘ ..

He stopped in his tracks , spun on his heel and stepped to me .. He had a grin on his face and looked me in the eye .. Made a little small talk , shook hands and parted ways ..

I let half the air out of his tires and the truck fit like a glove ..

He was a wise elder statesmen that truly loved his country and understood that there are bad people that want to do bad things to us ..

he might not have spent much time posting memes on the inner net , but he was a true patriot..

God speed Sir and Salute , thank you for your service.. 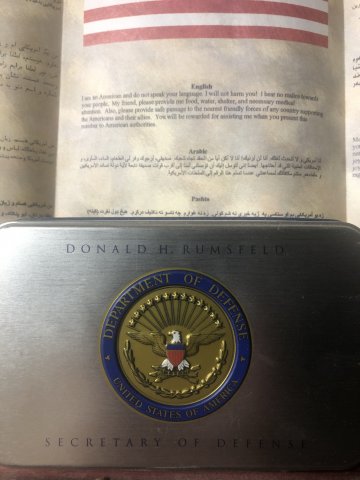 Thanks for sharing that story. Its nice to know he was a real human and very cool that you got to meet him !! GodSpeed SECDEF

I’m here for the entertainment

Rumsfeld was the youngest SECDEF in the Nixon admin

Has never sold a motorcycle

would love to know what He took to the grave ... truth wise...
You must log in or register to reply here.
Top Bottom