Perfect Illustration of Why Kali Needs To Fall Into the Pacific

Am sorry but this is just the simple truth of the matter... This is from a liberal scum site as well!

Stay in Texas then…more for us.

Do they want to buy some good dogs. A 15 count plus handlers will clean that right up.

I’d clean it up. Flame throwers and violent ends to their shit lives. Sorry Rhino, your dogs won’t do it. Need something more blood thirsty. I’m ready to start the killing of criminals.
RF

That shit don't even scratch the fucktard surface...

That's a line from my favorite song:

Need to bring back the railroad bulls.

On one ordinance train i ran they loaded the containers butted up to one another just for that.
Last edited: Jan 14, 2022

I despise thieves and criminals. This is obviously the work of large groups of filthy pack animals possessing the collective intelligence of a bag of hammers.........fucking primates. If we could allow law enforcement to use them for target practice the rate of criminality and recidivism would plummet.

The current catch and release policy being practiced in large progressive cities is only emboldening this type of behavior. They should be shot on sight and the parents should be jailed or fined for their failure to instill any kind of decency into their filthy spawn.

Until we start having the courage to speak the truth about the real issues that cause this type of behavior, and who the most likely perpetrators are, we will continue to see this sort of thing taking place, while the astronomical cost of this is borne by decent, hard working taxpayers.
Last edited: Jan 15, 2022

Electrify the trains and teach people not to fucking touch them...

...but, there will always be someone touching them as there is with idiots stealing energized copper transmission lines from the power companies.

Still a self resolving issue once the system is in place.

If they have the budget I have the dogs.. we aren't talking equipment bite dogs but true MWD here

Rhino said:
If they have the budget I have the dogs.. we aren't talking equipment bite dogs but true MWD here
Click to expand... 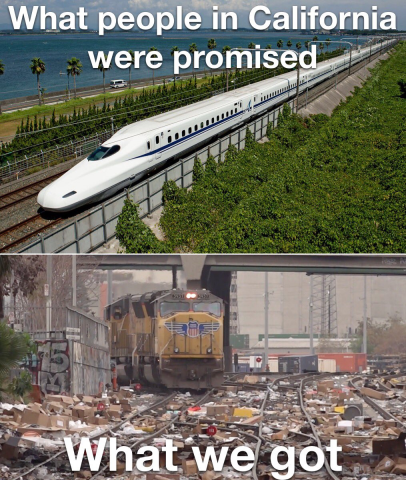