My cameo appearance on Motorcycle.com

That duc was murder on the straight away. 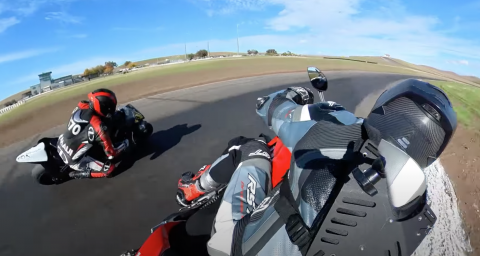 Its great to see some people here who ride and post bike stuff, not posts on where they fucking eat thier slop.LOL
OP

close in with Mark Miller in 4 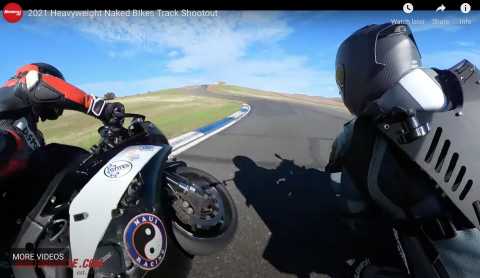 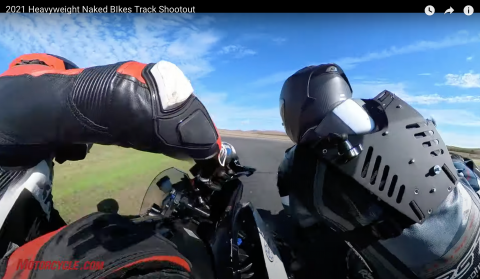 Location
Not disclosed (anymore, so F-off.)

Thanks for saving me the hour and minute, too.

That some kind of camera mount/spine snapper? Maybe new for 2022 Moto GP back aero wings?

maui said:
close in with Mark Miller in 4

Thanks for saving me the hour and minute, too.
Click to expand...

The vid is worth watching.

Qwik said:
The vid is worth watching.
Click to expand...

After listening to them, I'd probably take the Triumph.
.

Maui, look to me like he chopped you going into five. But I noticed you were coming back on him into six. Looks like fun

After listening to them, I'd probably take the Triumph.
.
Click to expand...

Yeah that surprised me. Those big triples have got one of the best exhaust notes around though

Schiavo is my bitch

I would of also made the video but my Neenja 400 smoked all those fools and I was wat out in front.

You're out there passing Mark Miller? Holy Jesus. That fucking guy raced IOMTT. You might be getting faster.

yea he was on a bone stock bike....not really a fair comparison.

maui said:
yea he was on a bone stock bike....not really a fair comparison.
Click to expand...

Was he on a bone stock Grom?

I'm just saying you're running with some genuinely fast company and that's pretty fucking cool.
As far as stock bikes go, I can't remember the AMA rider, but he brought an R1 to the Fontana race 15 years or so ago and I believe finished top five with paper plates still on the bike. Lights and blinkers taped over. Safety wire and no antifreeze to get through tech. I think he might have changed out the tires to something more track friendly.
Racers can still move pretty well on a stock street bike.
OP

I had no idea who he was until after the little 3 lap sprint we did. At the 40:30 mark I'm lined up on the inside of him on the start. He got out pretty fast, I caught back up on the white flag lap and got next to him on the outside of 3 then got a block pass into 4 which I thought was pretty clean.

For a moment I thought he didn't see me but then realized he was just trying to squeeze me, I thought I had the line though. He juiced it pretty hard out of 4 to 5 to try and get a wheel on me which he did, but he over shot, I got by him again on the back side of 5 and we drag raced to turn 6 which the video already stopped by. I got him in 6, he tried a pass on 7 but couldn't stick it, then he went to the inside on 8.

At that point having watched how loose he was in the turns I didn't want to get pushed into the dirt at 110 so I rolled it back and the next straight he powered away. I caught back up in 10 and missed another pass going into 14. After the little sprint (not a race) he did give me a thumbs up on the cool down lap.
You must log in or register to reply here.
Top Bottom