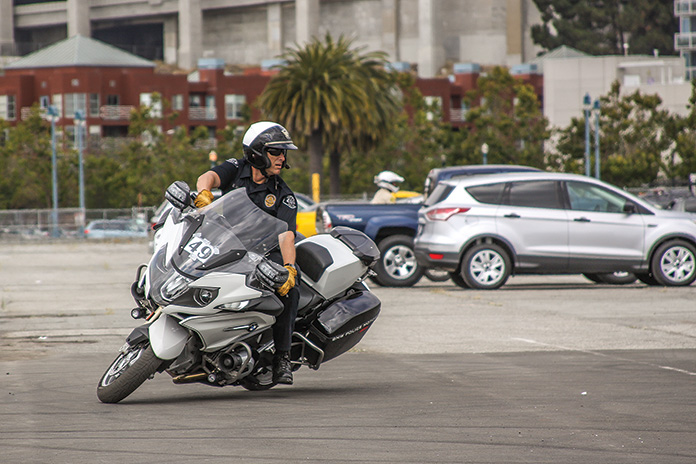 Rear brakes aren’t a hot topic in today’s motoverse, nor are they necessarily among the most sought-after motorcycle tips. In fact, they’re kind of boring when the front binders on modern bikes provide so much stopping power, often with a single finger on the lever, but they’re still important.

According to the Motorcycle Safety Foundation, front brakes provide approximately 70% of a motorcycle’s maximal stopping power, leaving around 30% to the single rear brake. But many factors affect this ratio, such as speed, tire grip, road surface, road gradient, and type of motorcycle. Cruisers and touring bikes with long wheelbases benefit from rear braking to a greater degree than short-wheelbase motorcycles like sportbikes.

Hard braking at the front can lighten the rear end so much that it can be hard to take advantage of whatever percentage of braking is available back there. That’s a lesson I hadn’t learned yet when my ’83 Suzuki GS750ES, which had some serious stoppers, was new.


My enlightenment came later with my ’87 Kawasaki KLR650, a venerable dual-sport notable for its large gas tank and weak single-disc stoppers at both ends. Having to use both binders to effect a short stop was a (not quite) crash course in rear brake use. Only then did I realize that doing so also attenuated dive and recoil from the KLR’s long-travel front suspension, keeping the bike closer to level throughout the stop.

This “Aha!” moment was a breakthrough in both stopping and overall control. Riding my Honda VFR750F at CLASS, Reg Pridmore’s track-based safety course, only reinforced that lesson. I wasn’t the fastest or the smoothest student rider, but when it came to the braking exercise – which required using both brakes – 19 years aboard KLRs had me stopping like a pro. 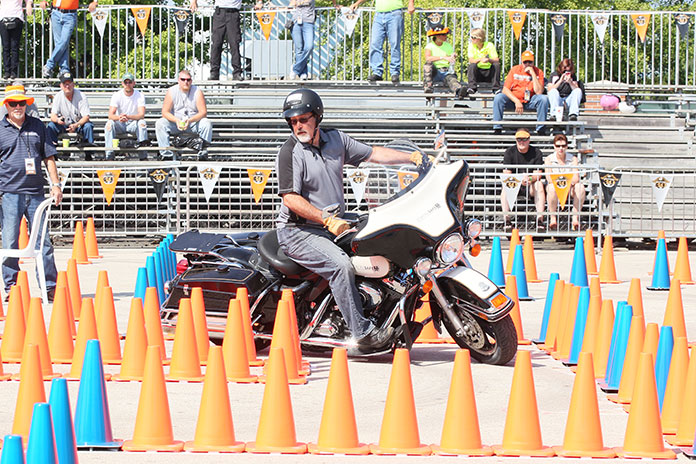 To prove the value of the rear brake to yourself, practice emergency stops (full braking power but without locking either wheel or engaging the ABS) with only the front brake, and then with both. When both brakes are applied, the bike should squat, pitching less at the front. The longer your front suspension travel, the bigger difference it makes. (On Telelever-equipped BMWs and other motorcycles with suspension systems that minimize front-end dive, the change in chassis pitch will be less noticeable.) The same technique but with a lighter touch on both brakes will give you more secure stops on loose or slippery surfaces.


We’ve all missed a turnoff, forcing us to make a U-turn to get back on course. Performing one without putting a foot down – or worse, having to stop, back up, and take another stab at it – is a skill we should all master. I learned better technique doing test bike photoshoots for Rider, which require numerous U-turns, often on narrow roads, to get the right shot. 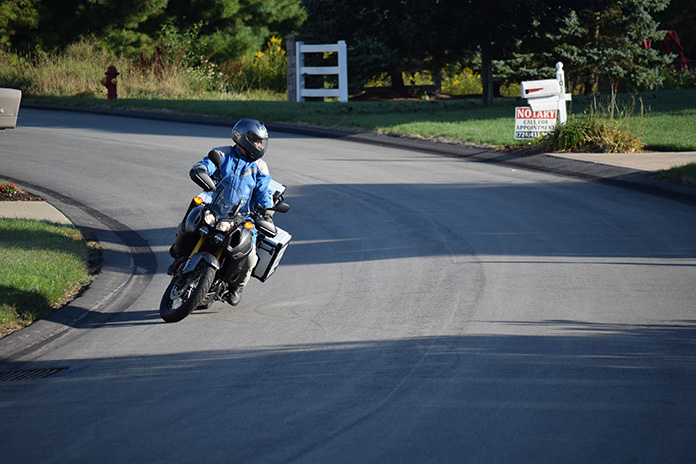 For U-turns, use light pressure on the rear brake, keep the clutch in the friction zone, and look where you want to go. Photo by Pete Tamblyn.

The key is to apply light pressure to the rear brake through the turn. The benefits are two-fold: shortening your bike’s turning radius and damping any unintended throttle inputs.

Practice in a parking lot, gradually reducing the number of parking spaces it takes to turn around. Just remember that it’s a light touch on the rear stopper; too much and you risk a fall. Keep your eyes up and look where you want to go, and keep the clutch in the friction zone for delicate power control. Also, keeping your feet on the pegs and weighting the outside peg yields the best results.

With practice, using the rear brake at slow speeds makes your U-turns steadier, faster, and safer.


You’re pulling out of a driveway, front wheel cocked, when a car appears from behind parked vehicles. While still on the driveway apron, you tap the front brake, which immediately pitches the bike in the direction of the turn. Quick thinking and a strong leg may keep it upright. 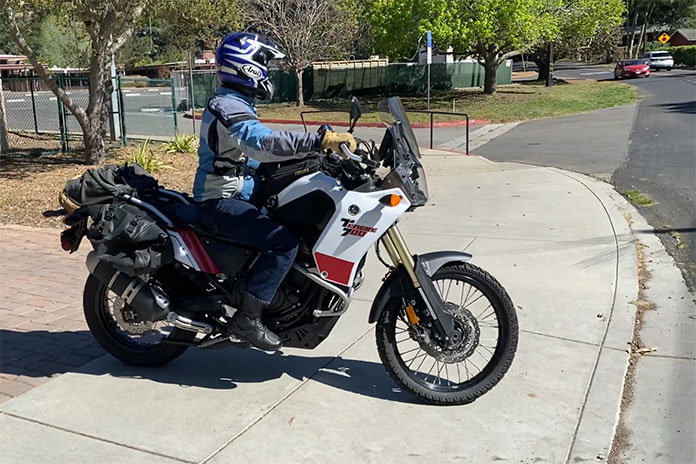 Using the rear brake when stopping before a turn keeps the bike from leaning unexpectedly on uneven surfaces. Photo by James Norris.

Next time, try using the rear brake as you reach the driveway apron. If you have to stop, use only the rear brake, which won’t make the bike pitch sideways since the rear wheel doesn’t affect steering or balance. The safest way to prove this to yourself is on a bicycle, where mistakes have milder consequences. Move up to a motorcycle when you’re confident with the technique.

By using these tips, the back brake may become your new best friend.