Morning Report: Daniel Cormier reveals he had COVID-19 during training camp for UFC 252 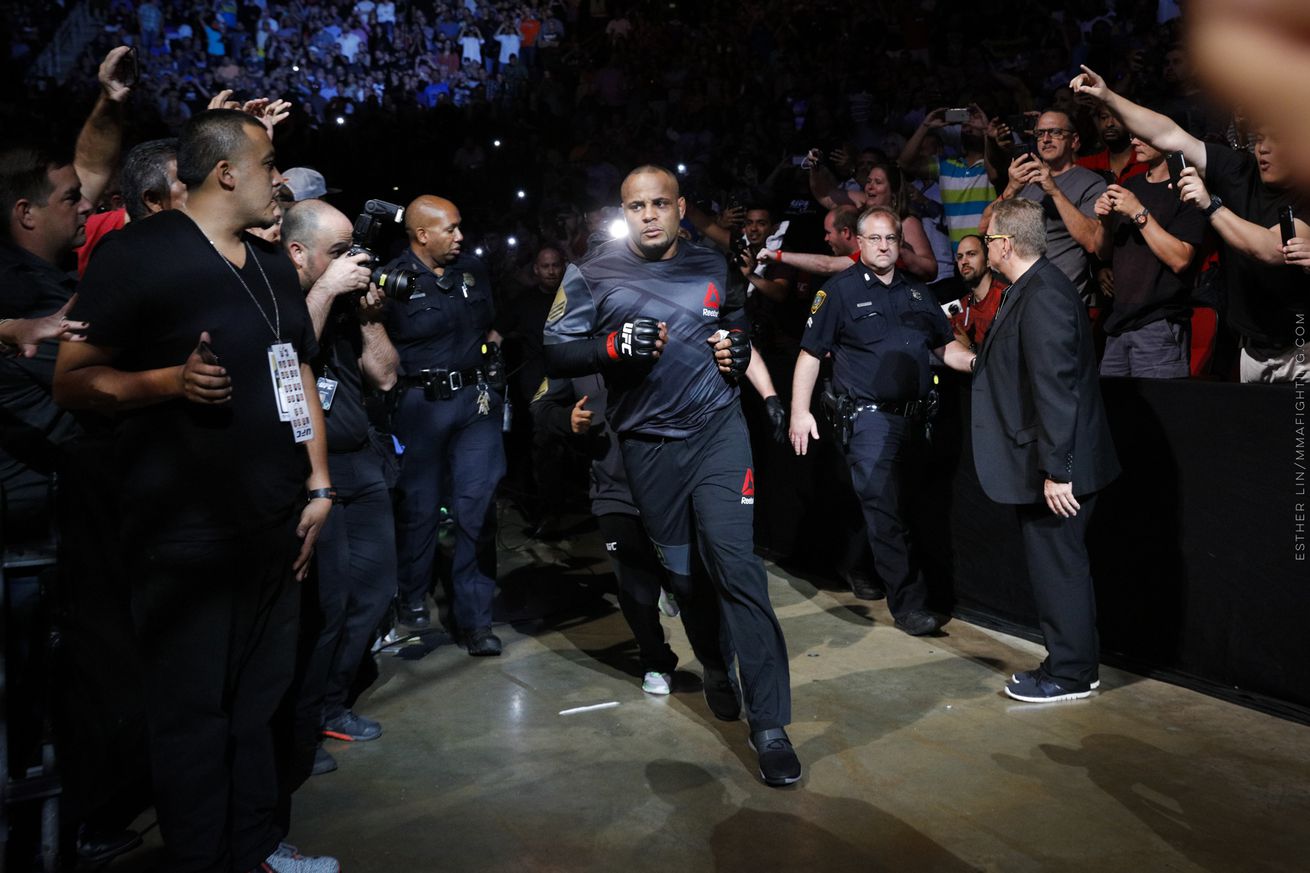 Daniel Cormier | Esther Lin, MMA Fighting
Last month, Daniel Cormier challenged Stipe Miocic for the heavyweight title at UFC 252. It was a trilogy bout between the two and one that would ultimately serve as the final fight of Cormier’s illustrious career. But heading into it, not everything went according to plan for the former two-division UFC champion.

In an interview with Yahoo Sports recently, Cormier revealed that during his training camp in preparation for Miocic, he contracted COVID-19.

“The ring didn’t tell me I had COVID,” Cormier saidd. “But the ring told me that something wasn’t right, and I used the information to make a decision to go see the doctor. I found out then that I had COVID.”

“The ring” Cormier is referring to is the Oura Health ring, a smart ring that tracks specific health data. Cormier was wearing one in the lead up to UFC 252 and credits it with alerting him to the potential for having contracted the virus. Cormier also was aware of an increased risk for exposure to COVID-19 as a teammate of his had tested positive at the beginning of July.

Ultimately, Cormier was able to manage his illness and compete at UFC 252. However, ultimately things did not go his way as Cormier lost a unanimous decision to Miocic. But despite having contracted COVID-19 in the middle of his training camp, Cormier is not making any excuses for the outcome against Miocic.

“This is not an excuse at all,” Cormier added. “Miocic won the fight and he fought beautifully. This is a thank you almost to Oura for allowing me to get to the fight. I might have just kept pushing and not known I had it. But I was able to take care of myself properly and then get back into training and compete for the heavyweight championship of the world.”

Cormier’s comments came on the heels of an announcement that the UFC is partnering with Oura Health to offer rings to all of their fighters. However, Cormier will no longer have the need of one as he officially retired from MMA in August.


Results. See how many contracts were awarded at last night’s Contender Series.

Moving on. Dominick Reyes not interested in chasing Jon Jones to heavyweight: ‘Light heavyweight’s my division’.


Top legends finishes in Bellator history. We are closing in on Coker finally just making a legends division.


Masvidal and the infamous boomerang.

The Bash. Interviews with Duke Roufus and Ross Houston.


Hooker likes the sound of that.

Starting to get excited for this one.

Also, Poirier is still at ATT training so there is still some hope for the fight.

Great to have @ThiagoAlvesATT back on the mats! @KingMoFH @Everlast_

View this post on Instagram​
WE’RE ENGAGED!!! I can’t wait to marry you and spend everyday with you! I Love You!! @realamandaleigh and thanks for making such a beautiful ring @happyjewelers

Thank you @GamebredFighter went in for Covid testing and came out with 2 bottles of delicious tequila! pic.twitter.com/8gt1aBQLhu

Enjoy @bisping and I got you on auto delivery so don’t worry about running out. Salud #supernecessary https://t.co/pJuYydn6yP


Thanks for reading and see y’all tomorrow.