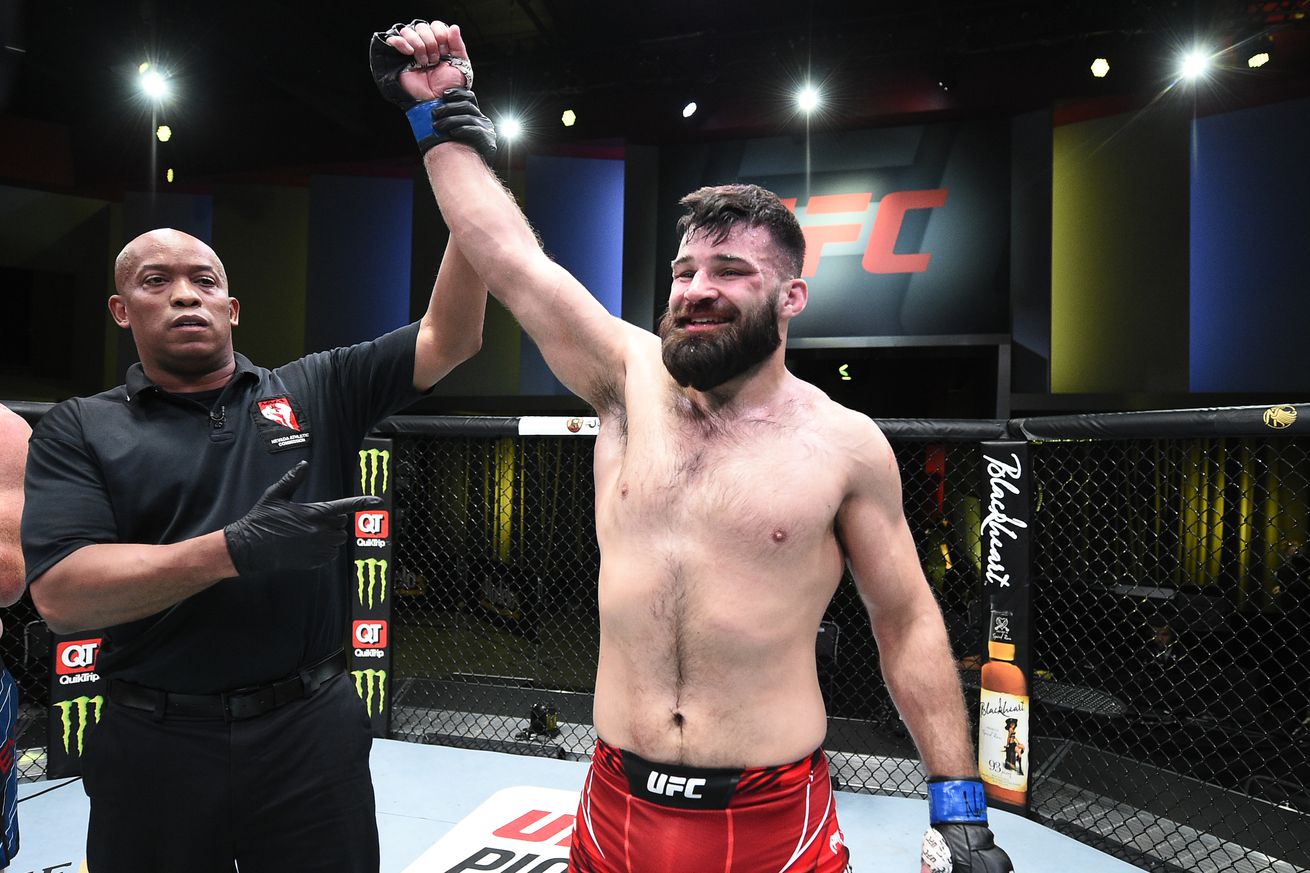 Julian Marquez will try to continue his memorable comeback tour this fall.

Multiple people with knowledge of the promotion’s plans confirmed to MMA Fighting that Marquez will face Jordan Wright at the UFC’s event on Oct. 16. While a location and venue have yet to be announced, the card is expected to take place at the UFC APEX in Las Vegas. MMA Junkie was first to report the booking.

After nearly three years on the sidelines, Marquez returned to the octagon at UFC 258 in February and submitted Maki Pitolo in the second round to earn a performance bonus. “The Cuban Missile Crisis” followed that up with another bonus-winning stoppage win—this time for the UFC Vegas 23 “Fight of the Night” —over Sam Alvey via rear-naked choke.

Wright improved to 2-1 in his UFC career with an impressive first-round TKO win over Jamie Pickett at UFC 262 in May. “The Beverly Hills Ninja” stopped Ike Villanueva in his promotional debut before suffering a second-round TKO loss to Joaquin Buckley at this past November’s UFC 255 event.

The 185-pound matchup joins a card that will also feature Holly Holm’s return to featherweight, where she’ll meet Norma Dumont.