Your Car Is Slow said:
pagan loved the first one! never got to meet kid 2

I wish I would have named my son pagan...

very cool . i hope we get updates. Id love to be i a position or the mindset to run with a dog like him.

gsteve said:
very cool . i hope we get updates. Id love to be i a position or the mindset to run with a dog like him.
Click to expand...

They are not for the average dog person and require a LOT of work, EVERY FUCKING DAY.

...if you don't work them hard enough all the time, they will find something to do...and you are not going to like it. (unless you like replacing furniture, carpet, drywall, etc. all the time)

Everyone involved in this transfer is of the highest caliber when it comes to dogs...

...besides being decent human beings.

I have to ask Drew, you have been searching so long and you have considered so many breeds, what are you actually seeking in a dog? What is your goal and are you any closer to finding it?

MadRussian said:
They are not for the average dog person and require a LOT of work, EVERY FUCKING DAY.

...if you don't work them hard enough all the time, they will find something to do...and you are not going to like it. (unless you like replacing furniture, carpet, drywall, etc. all the time)
Click to expand...

I’ve seen a ton of vids and heard the stories. I’m just barely smart enough to know they are probably more than I’d be able to handle. Here’s my limit of “ killer”.

Mr Lucky im farther away than I’ve ever been, in the world of true working canines bred for and used solely for police and military special teams demand has so vastly outstripped supply that the inevitable drop in quality is, well..... inevitable.
I’ve been messing with these Dutch dogs since the very early 90’s and the type I love and live for are all but extinct, but extraordinary things do happen, and the replacement for this pup is just such an anomaly, he’s a titled and certified Dutch police dog in a large city who had to be pulled from the program due to civil aggression, the unit commander tells me the only handler on his team who can work him has cancer and he can’t take him because he has 3 at his home right now including his own police dog. So he called a guy I’ve been dealing with for about 16 years and as soon as he heard the story he called me. The dog is 4 so I will lose a big chunk of his prime window but if he can produce that will be a small trade off.

Drew this is why Lackland started their own breeding program ... but even their dogs are less then perfect. So many hands in the game now that I question is there true working dogs in work... the Dutchies are as good as it gets in the selection.
OP

Paul in the last ten years I’ve gotten a 90-10 pass fail ratio in selection testing dogs all over Europe not just holland, Holland is pretty much genetically bankrupt as far as tier one dogs go, the best you can hope for now is to catch those in that ten percent as young as possible or when they slip through the cracks like the one I mentioned, that requires a big network of people with eyes and ears in the community that know quality when they see it and that you can trust their word.
OP

My go to dog was another one that slipped through the cracks as another one that had to be pulled from the program for civil aggression, in that case he was sold to Swedish military and returned 2 months later, that’s when I got the call, he is not the strongest mal I’ve ever had and he’s not flawless like some I’ve had but he will die with me, a keeper, and I would bet my last shilling on what he will do in a real fight. 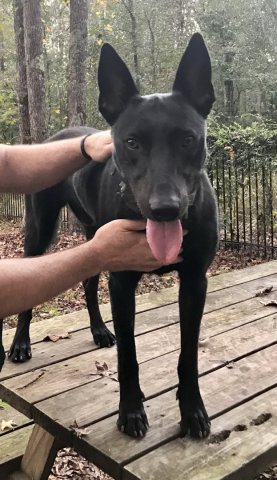 If things take too long or fall through with MR, I'm just 90 mins west and would give him a great home. But you know this already. ;)

I didn’t think I’ve seen a all blk. Is that kinda rare ?
OP

Definitely rare, but not my first. 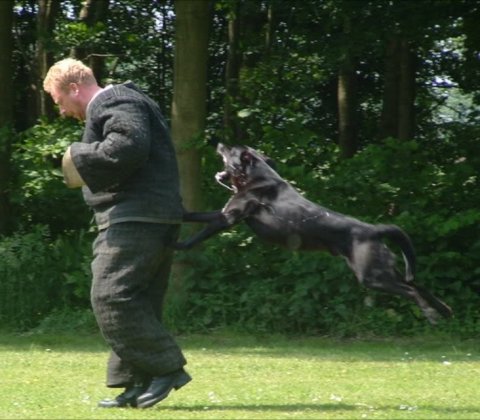 I would like to take him over to Omega's place and let dogs practice bite work on him.....without bite suit.

Protection training sometimes looks worse to those that dont know.. now not getting vetenarian to help the dog when injured is a whole different story.

But on severe agression dogs you must become the foog GOD.

I see many mistakes in the training world. And every single trainer is different how they get the end result. A 100% positive trainer would think I'm a criminal on using a prong collar or electrics to tune a dog. Really comes down to the dog on what level and method of correction needed to produce a successful dog.
OP

Look at that mug, this will be my 5th legit one percenter.

I'd love to see some more shots.

You can see the gears turning in there.

I'd love to see that one getting trained/worked.

Drew, Rhino, are you familiar with the Volhard P.A.T. test?
OP

I’ve got some bitework video but I can’t post them from my phone that capability is not built in to the board software.

Snail said:
Drew, Rhino, are you familiar with the Volhard P.A.T. test?
Click to expand...

I went to volhard and did a few weeks of seminars. A buddy SWEARS by it. Me not so much. Enviotmrmental, training methods, bloodlines, unseen health issues all play in the final product.

Curious about that. I picked up a Rott puppy, he was tested and scored a 3. Good temperament, (no more high drive dogs for me.) His name is Quest, and hes using my foot for a pillow.

The saddle is his chew toy. 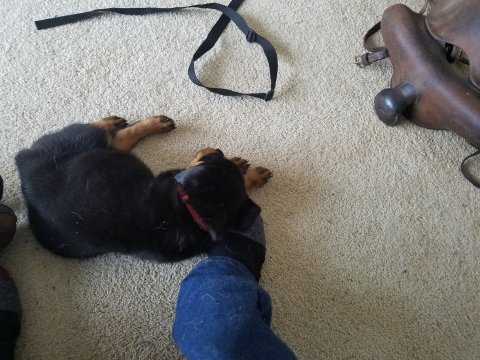 rotts4u is the resident rotweiller expert

Key to a social dog is meeting EVERYONE in EVERY Environment.. his natural guarding will all come natural later.. it's easy to make a dog protective ..have toned the opposite.

For the life of me I cant understand why every single department doesn't issue a remote pop lock on their K9 unit transports. Way too much time between K9 deployment and take down once the assult happened.
Last edited: Nov 28, 2019
OP

They aint cheap, and the install is pretty tedious....

Snail said:
Curious about that. I picked up a Rott puppy, he was tested and scored a 3. Good temperament, (no more high drive dogs for me.) His name is Quest, and hes using my foot for a pillow.
Click to expand...

What happened to Hook?

OptimusCrime said:
They aint cheap, and the install is pretty tedious....

I put one on every vehicle I transport a dog on usually around $1800 to $2100 with bells and whistles and installation .. but worth peice of mind specially the heat alarm.

Mr. Lucky, 2 months ago I put Hook down, the hard way. I'm not comfortable discussing it.

Sorry to read that Skipper. I hope you are ok within yourself...

I have a support puppy.

Sad for that to have had to happen Snail but, glad you have a support puppy.

I've been by the local shelter a couple of times but, no joy yet.
Still haven't given up on picking up a pure bred puppy just yet...
...just can't do it, just yet.

Snail said:
I have a support puppy.
Click to expand...

He is going to be a fine dog.. socialization is the key at his age.

He got several hours of socialization today. Two grand kids, daughter and son in law. Fun.

Most social dog I have ever had 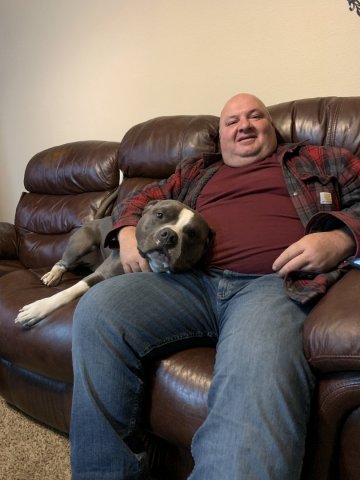 He even licked the big guy......he told me later “dad he tastes like pizza” 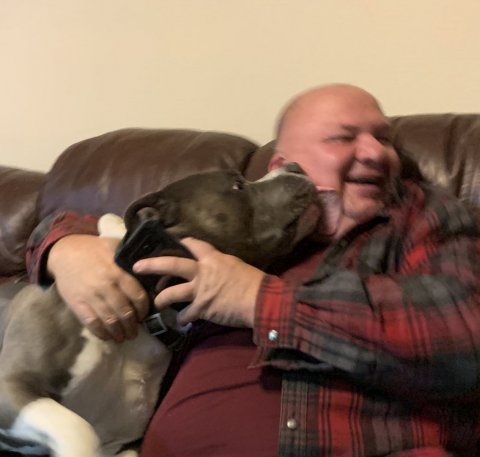 That second pic really made my day.

Snail said:
That second pic really made my day.
Click to expand...

“Hank” is a very social dog and loved Paul because of his dominant presence yet playfulness. He sure knows what makes these dogs tick

The dog on the left looks friendly too.
OP 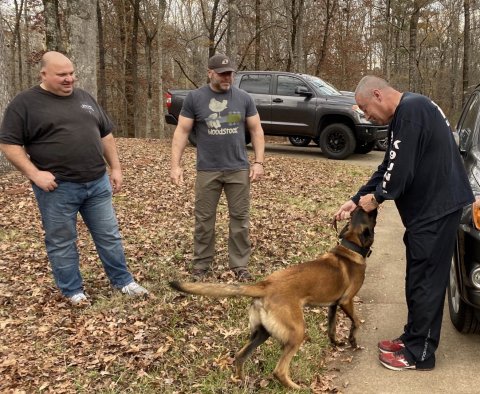 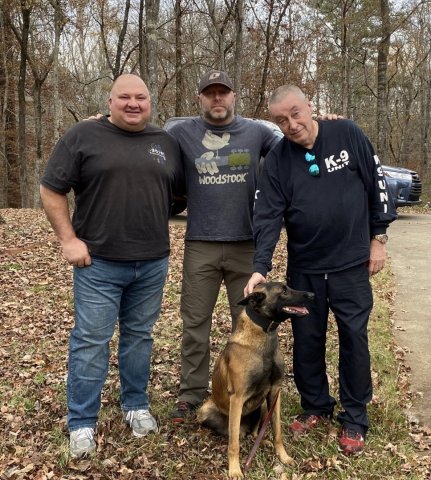 beat me to it, Jim

Take half a cow to feed that troop.

Dog did great for 10 hours in the car.
So far, so good (mostly) and only one fail.
Paul and I took him to Pet Smart to socialize and when Paul asked a guy to pet him, he tried to bite him.
Paul corrected him, but he will require a lot of socializing to fix this issue.
Also had no issue going up the stair, but didn't want anything to do with coming down.
Took some time, but before long he did it, but was a little stressed.
He is NOT house trained and already did both in the house (that can be fixed and will be fixed fast)

Murtle and him are getting along good so far...

Sounds like you have your hands full, Yury! Good luck.
You must log in or register to reply here.
Top Bottom