gsteve, I'm just throwing this out there...

Snail said:
I've never had a revolver fail, regardless of ammo, dude.
Click to expand...

Dude... If revolvers were as good as you exaggerate them to be, all the world's armies would have them in use.
Yes, if you're out in bear country, it would be wise to have at least a. 44 magnum or better on your belt.

But in my earlier posts i argue ysr's choice of competition guns strictly from a target or combative gun point of view. I mention it a few times stating that I would not choose a huge 8 round revolver because 1, it s hard to conceal carry such a gun 2, i dont see the sense competing with a gun i can t carry 3, in combative situations (which you ll notice most shooting competitions are designed around) the revolver is not quite the proper gun for those types of competitions.
I was not arguing revolvers used in hunting situations... At all.

You guys turned it into a hunting w a revolver thread.
Round these parts, you have to be a little crazy to hunt these fuckers with handguns. I ve seen 12 ga slug bounce off boar skulls.

Ed, thanks for answering my question, I dont reload handgun ammo, I've only used shelf ammo. I reload rifle and have seen the effect of overloads deforming the cartridge case, so I have no doubt it could happen just as you described.

dude, my argument was about reliability. But I might also mention I've yet to find a pistol with a 2lb trigger pull.

Came into this thread expecting

ysr_racer feet pictures and instead what an epic thread

I might be exaggerating, but I think there's at least 3 people that missed me.

Did you delete the evidence?

You should stop reminding me how much fun that was. It was the most fun I ever had. Talk about whining and crying, you were like old women gnashing your teeth and beating your breasts.

You made the others who did that stunt turn green with envy!

I still get a smile when I recall the boohooeys way back when who would beseech the administrators to DELETE MY ACCOUNT!!!
The response seemed to be Fuk off, do it yourself.
Less than a handful ever did.

It was so addicting none of you should do it. Learn from me, I lost everything. It started with a 1 pager, soon I was doing 4 pagers... I've been clean now for a while, but I still get urges.

I guess the lesson is the same one I learned with my Mom. Leave the politics at home and there's more than enough people here have in common to get along.
Snail, I figured you'd be back sooner or later. Hell, I bet Dirty Pete is reading all this shit wherever he is now.

Just a little contribution to the original topic.......once my boss got rich with his company, he used to fly to Africa on safari. When he'd get back I asked him what he hunted. He said, "hunting is when you go after whitetails or coyotes or rabbits. I wasn't hunting, I was killing" and asked me if I knew the difference.
I did.
Made him smile.

anyone ever heard of Tom Bollack??

Snail said:
You should stop reminding me how much fun that was. It was the most fun I ever had. Talk about whining and crying, you were like old women gnashing your teeth and beating your breasts.
Click to expand...

That's comparable to a 2 year old who just finished throwing a tantrum, saying it was the adults commenting on the tantrum that were crying.

Of course we (most) are glad to have you back and look forward to more salt of the earth type photos.
OP

Austin_F said:
Of course we (most) are glad to have you back and look forward to more salt of the earth type photos.
Click to expand...

She's cute, playing dress up hunter like that.
OP

Snail said:
It was so addicting none of you should do it. Learn from me, I lost everything. It started with a 1 pager, soon I was doing 4 pagers... I've been clean now for a while, but I still get urges.
Click to expand...

Snail, this place is like cheap therapy. You can come here and bitch, moan, laugh, cry, or shit your pants, and nobody will make fun of you (that last part is for dramatic effect only).
OP

It's almost Halloween. If you need a costume, Costco has you covered. 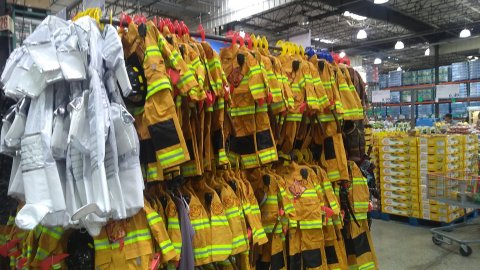 Here's a recent pic of my logging operation. 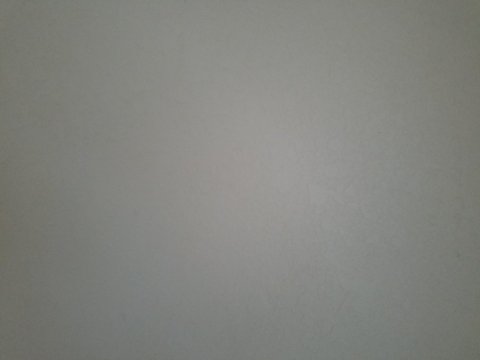 It was only a matter of time.. Another outlet/release seems to be needed.

The other thing that can cause a revolver to fail is if it gets out of time severely. Have seen this happen to a friend of mine but never with any of my revolvers. His was a Model 19 a early 60's model that had been used and abused by the previous owner his father who only shot what seemed to be "proof" loads in it from my memory.

One other thing that will Ultimately cause a failure is severe top strap erosion. Some of the scandium ones from Smiths suffered from this. Had one of the early 329PD's and it had a piece of steel placed in what was a perfect spot of so it seemed and it started to erode around it. Ultimately it just sat unused when I quit carrying the 44 mags. Mine was just starting to wear and sold it at a gun show here because it was not worth the hassle of sending it back to Smith. Did not really want another one anyway but if anybody owns one of the PD's and shoots it a lot might take a look at the top strap and check for erosion.
Last edited: Sep 9, 2019

I had a .41 Blackhawk that had that issue.

My 629 went back to S&W with a broken hammer pivot, but heavy loads probably caused that too.

Never had an issue with a revolver...and ive had a few

By comparison how many have had pistols jam?

I have a security six that lived aboard my boat in the gaffing hatch, deluged with sea water, salmon blood, buffalo snot etc., it still works just fine.
OP

What's the only kind of meat a priest can eat on Friday?

I haven t shot even 5% of the amount of rounds thru revolvers as i ve shot thru semi autos, so it wouldn t be a fair comparison.
Typically speaking revolvers will jam a lot less than even the most reliable semi autos.

Stovepipes and FTF/FTE, Paul? ...certainly more than the hiccups I've had with revolvers, but once again the majority have been self-inflicted (weak hold, questionable handloads).

Ed, I was thinking FTF. Whether its dirt, weak mag. spring, or ammo. My conclusion on this subject is:
Revolvers are more likely to fire than pistols primarily because the cartridge has two functions in a pistol, and only one function in a revolver.

I personally shoot better with a revolver if I fire it like a single action,( because of the trigger pull.)
I think this logic applies to bolt rifles v. semi auto rifles as well.

One other observation, which is better is subject to intended use.

^^ And that's the crux. Urban defense, for me at least is an autoloader IWB- easier to conceal than a revolver on my frame if I'm not wearing a jacket.

Out somewhere where contact with dangerous animals was likely- game, or livestock- I'd have a heavy-caliber revolver.