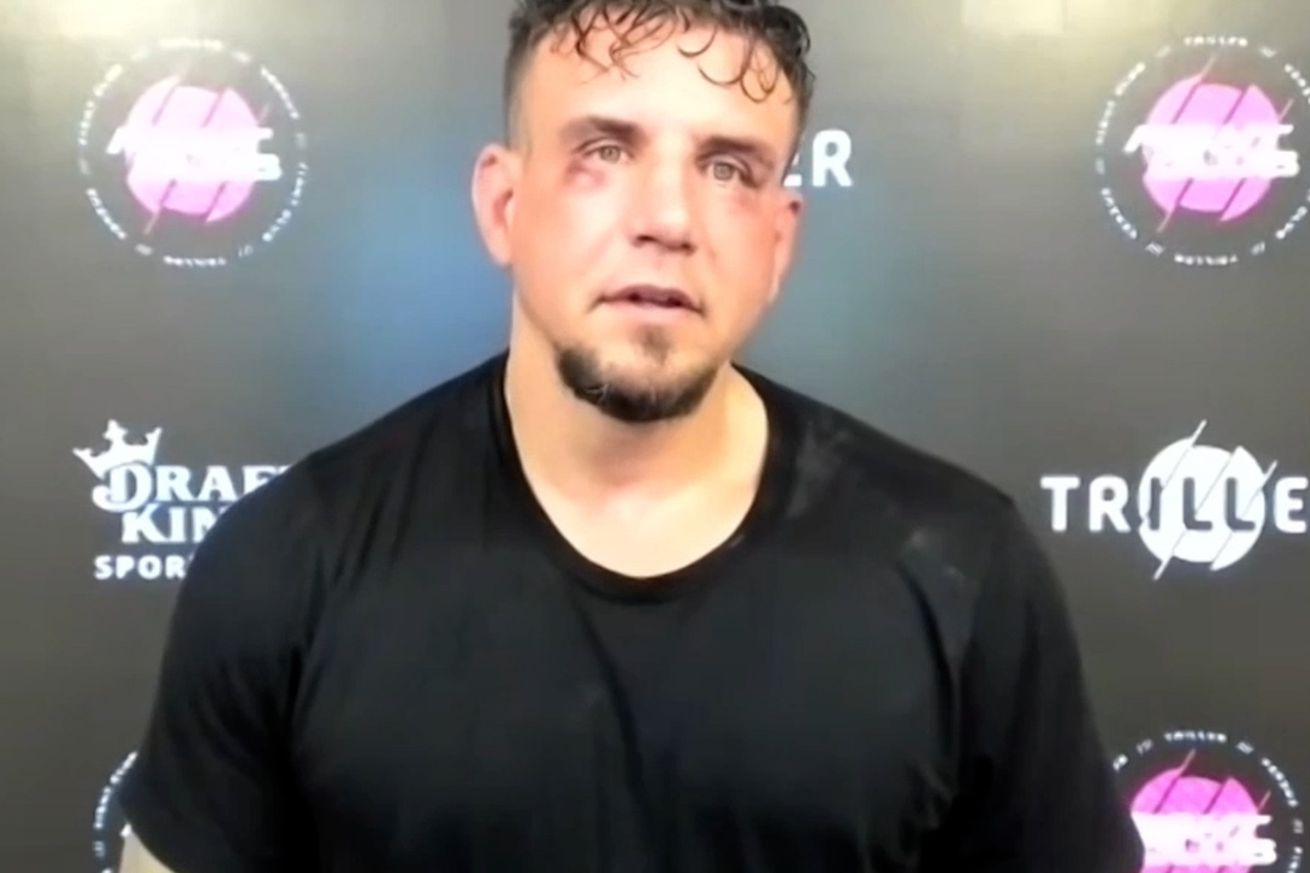 Former UFC heavyweight champion Frank Mir was in the boxing ring against ex-IBF champ Steve Cunningham. But he kept seeing MMA setups as they exchanged punches on Saturday at Triller Fight Club.

“I’m having the hardest thing converting,” Mir told reporters after his decision loss to Cunningham. “MMA, if we move our head, the feet are there. ... Many times when Steve was slipping, you probably could see me looking down at his leg going, ‘Ah, there’s a sweep. There’s a chop.’ And I can’t throw it, so that also made it kind of difficult.”

Mir gave himself an A+ for building striking skills that he can take into his next MMA fight. His grade for his specific boxing effort against a man he called “the fastest guy I’ve ever fought” was lower.

The ex-champ still took a big positive from his showing. He wasn’t finished by Cunningham, and he also didn’t leave the combat sports world with no idea about the boxing skills he’d honed in training camp with a quick knockout – aided by his 70 pounds on his opponent.

“I wanted to represent MMA by saying hey, we’re also very good at boxing,” he said. “Obviously, it was a heavy task to beat a world champion in a boxing match. But if I lost a six-round decision but boxed well, but that was preferable to catching Steve in the first 30 seconds.”

Mir would of course have preferred to come out ahead in the fight. At the same time, he took the result as another step in his continuing evolution as an MMA fighter. He compared his usual job as one of a decathlete, whereas Cunningham was trained in a single-event. Given Cunningham’s advantage in said event, he felt he did relatively well.

“I went with the sprinters,” he said. “I’m not going to take away from my other events to make me a sprinting specialist, because let’s face it: I’ll never be the best boxer in the world. I look to be the most complete mixed martial artist.”

It was an experience, in other words, one of the most unique he’d ever been a part of. From the matchup against an ex-champ, to a “movie” like atmosphere as he waited patiently backstage for musical acts and undercard fighters to clear the way, the event wasn’t like a UFC fight. But it did provide a lot of data for his next venture, whether that’s in the BKFC that he previously signed with, another boxing match, or a return to MMA.

Check out the full interview above.