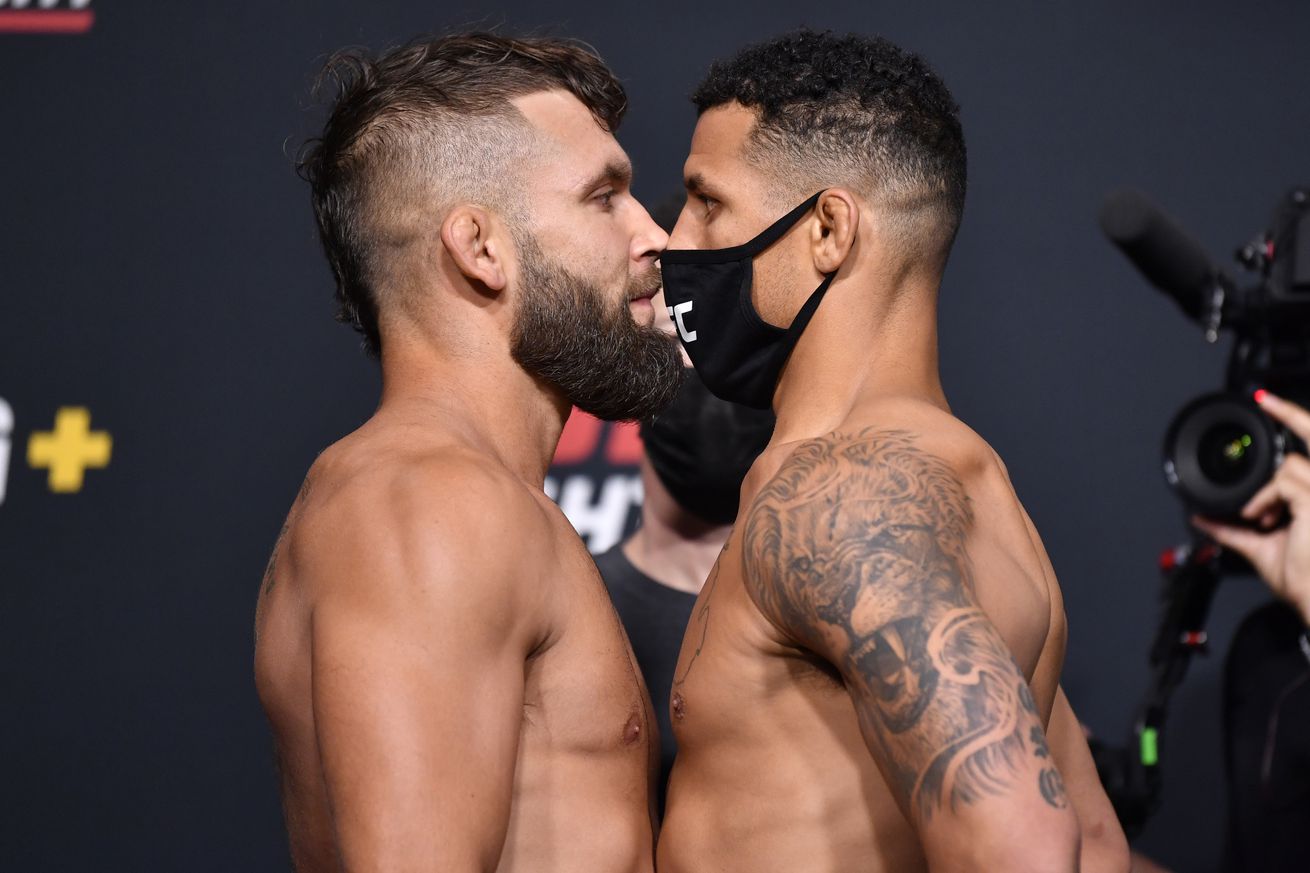 Dana White loves a good pre-fight confrontation, but he feels his people missed the mark this past weekend.

The staredowns before a UFC fight night are typically tense and this past Friday’s UFC Vegas 24 faceoffs were no different. However, veteran Jeremy Stephens may have gone too far with the physicality when he gave opponent Drakkar Klose a hard shove that nearly led to an on-stage scrap.

As it turns out, there were serious consequences from the altercation as the next day Klose was forced to withdraw from their lightweight bout due to injuries that he claims were caused or exacerbated by the shove. Stephens and Klose were to compete in Saturday’s co-main event and the cancellation of the bout left the card with just 10 fights.

White spoke to TSN about the incident and was asked if there are any rules that need to be implemented to prevent something like this happening again in the future. He answered that fighters are already restricted from making contact before a fight and put some of the responsibility on UFC matchmaker Sean Shelby for allowing Stephens to get his hands on Klose.

“There is a rule,” White said. “That’s why we’re there. Sean Shelby missed that one. Sean and I see this thing differently. I saw it on social media and called him immediately. ... I saw the thing happen on social media and I called Sean and I was like, ‘Where was your head on that one?’ He was coming in hot and it’s Jeremy Stephens, he’s a savage.

“I mean, we’re not standing there to look good and take pictures. We’re there to make sure that doesn’t happen.”

White has been in the middle of some of the UFC’s most memorable faceoffs, including Khabib Nurmagomedov vs. Conor McGregor, Jon Jones vs. Daniel Cormier, and Ronda Rousey vs. Holly Holm. Those matchups have led to varying degrees of faceoff physicality, but never in the promotion’s history has one of these altercations directly led to a bout being cancelled.

It remains to be seen when Klose will be able to compete again or if he decides to take any further action against Stephens. According to Klose, immediately after the shove he felt his “hand go numb and neck tighten up” and later experienced headaches and nausea. On Saturday, he was taken to the hospital and the bout was officially cancelled.

“He’s a young, healthy guy, he’ll get better,” White said. “But it’s unfortunate and it should have never happened.”