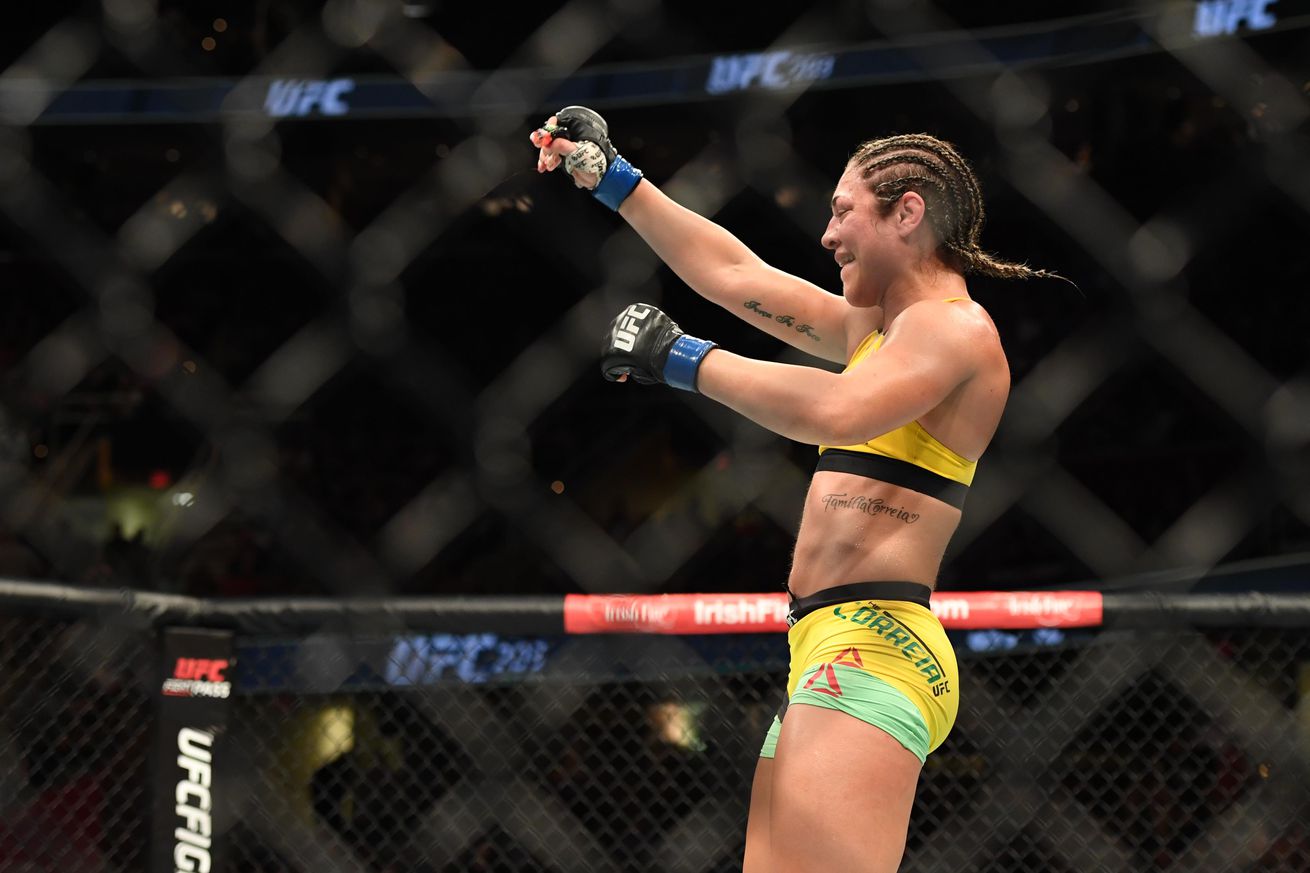 Bethe Correia is coming off a win over Sijara Eubanks in Mexico. | John David Mercer-USA TODAY Sports
Bethe Correia was cageside this past November in Sao Paulo when Tracy Cortez beat Brazilian Vanessa Melo. Now, “Pitbull” wants to even the score for her country.

A Contender Series alum, Cortez has said she could move down to flyweight for her next bout, but Correia hopes she stays at 135 pounds for a fight.

“I did a poll on social media asking fans who they wanted to see me fight next, and I got a lot of messages of people saying that a fight between Tracy Cortez and I would be great,” Correia told MMA Fighting.

Unlike many Brazilians, Correia isn’t campaigning to be on the UFC Brasilia card, which takes place March 14. Instead, she hopes UFC matchmakers book her for the Fight Night event in London the following week.

The one-time UFC bantamweight title challenger is coming off an unanimous decision victory over Sijara Eubanks in September, which snapped a three-fight skid against Marion Reneau, Holly Holm and Irene Aldana.

“Fighting in London would be magnificent,” Correia said. “I’ve been getting tons of messages from English fans and people around Europe saying they would love to see me fight there, and I would love to terrorize England [laughs]. Interacting with fans there on fight week would be awesome.

“I’ve always dreamed about fighting in Europe, so I hope I can fight on this card. I would be thrilled, and I guarantee fans would be too.”