If you haven't seen it yet, then move along. There be spoilers off the edge of this map!


Very good movie, IMHO. Had some nice emotional moments, plenty of action, a few "Easter Eggs" and they filled in bits and pieces nicely (overall). However, there were a couple of overt socio-political statements made that I could've done without (empowering women, minorities,and homosexuals) which these Marvel movies have been rife with ever since Black Panther. But my biggest gripe was with how they lost continuity with some small but important details throughout the story.

I can suspend reality and enjoy a good fantasy movie and not have any issue with the "fantastic feats of strength" or the tinkering with known physics. But I take issue when they play loose with facts in the story that were previously set forth. Continuity of the story is paramount in my mind, and they lost sight of it in one small, but particularly annoying point.

The scene is where Hawkeye and Black Widow were going for the Soul Stone. As anyone who has watched Avengers: Infinity War knows, the Soul Stone requires a sacrifice of what you love most to prove your worthiness. In order for Hawkeye to return with the Stone, Black Widow sacrifices herself. However, this shouldn't have granted Hawkeye the stone since he didn't technically sacrifice her. In fact, he actively fought her to prevent her suicide so that he could do the same. This just doesn't make sense. Sure, he looses a good friend, but HE DIDN'T SACRIFICE HER! She pushes away from him as he refuses to let her go. Also, are we to believe that SHE is who he loves most? More than his wife? Maybe. More than his children, who are his reason for fighting for humanity in the first place? Ummm... Highly doubtful.

There are a couple of other instances where they seem to conveniently overlook established story facts, but in the end this movie can be summed up by saying the Avengers are sore losers who couldn't accept their defeat, so they cheat to win (maybe it's a stretch to say cheat, but they certainly are sore losers).

In the end, it is my opinion that Thanos was right, although his methods could have been better.

So what was your take on it?

I haven't seent it yet but I am looking forward to Luckystrikes opinion.

I got talked into seeing the overwhelmingly-hyped, arrestingly torpid and formulaic "Black Panther"... and if that's representative of the current comic-book genre, then I've seen enough.

Thanx for ruining it for me, I was planning on watching it... never! The only comic books I ever perused were CarToons and Hot Rod and that ended when I turned 12 years old, maybe 11.

Never pass on a chance to see gwenyth ..

I'll wait until it's on TV...I'm not sitting in a damn theater for over 3 hours!

The superhero genre has become too wrapped up in making a statement lately...not being entertainment.

I ain't paying for that. Fuck them.
. 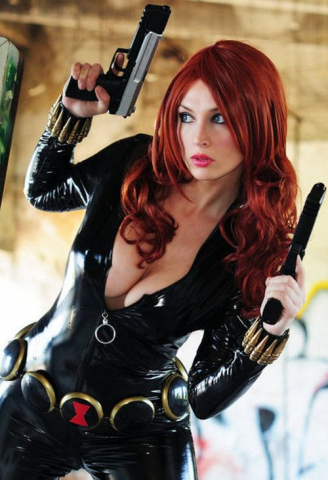 I'm odd because I play certain video games on an Xbox, but I can't remember the last superhero movie I ever saw. Not the slightest bit interested. I haven't seen really any of them in the last 20 years or so. I did see one with The Hulk in it, at ice fishing camp a few years ago. One of the guys got it from a Redbox in town.

luckystrike said:
Anything beyond that warrants a therapist visit to help you find your manhood

Pretty much what I was expecting.
OP

Okay, okay... I get it. Most of you "manly men" are to intellectual to enjoy a good, old fashioned action/fantasy movie.


Anyway, back to my point... I have no issue suspending reality to enjoy a fantasy story, but I take issue with poor story telling. The holes in the massive "MCU" story lines bug me (the same can be said for the Star Wars franchise, of which I am a big fan). Is it too much to ask that a story teller stick with the "rules" they themselves have set forth in their previous stories?

Stetson said:
I'm odd because I play certain video games on an Xbox, but I can't remember the last superhero movie I ever saw. Not the slightest bit interested. I haven't seen really any of them in the last 20 years or so. I did see one with The Hulk in it, at ice fishing camp a few years ago. One of the guys got it from a Redbox in town.
Click to expand...

Guardians of the galaxy is a good time

jhinderliter said:
Guardians of the galaxy is a good time

The first one was entertaining. The second one, not so much.
You must log in or register to reply here.
Top Bottom