An alternative to the State of Jefferson... 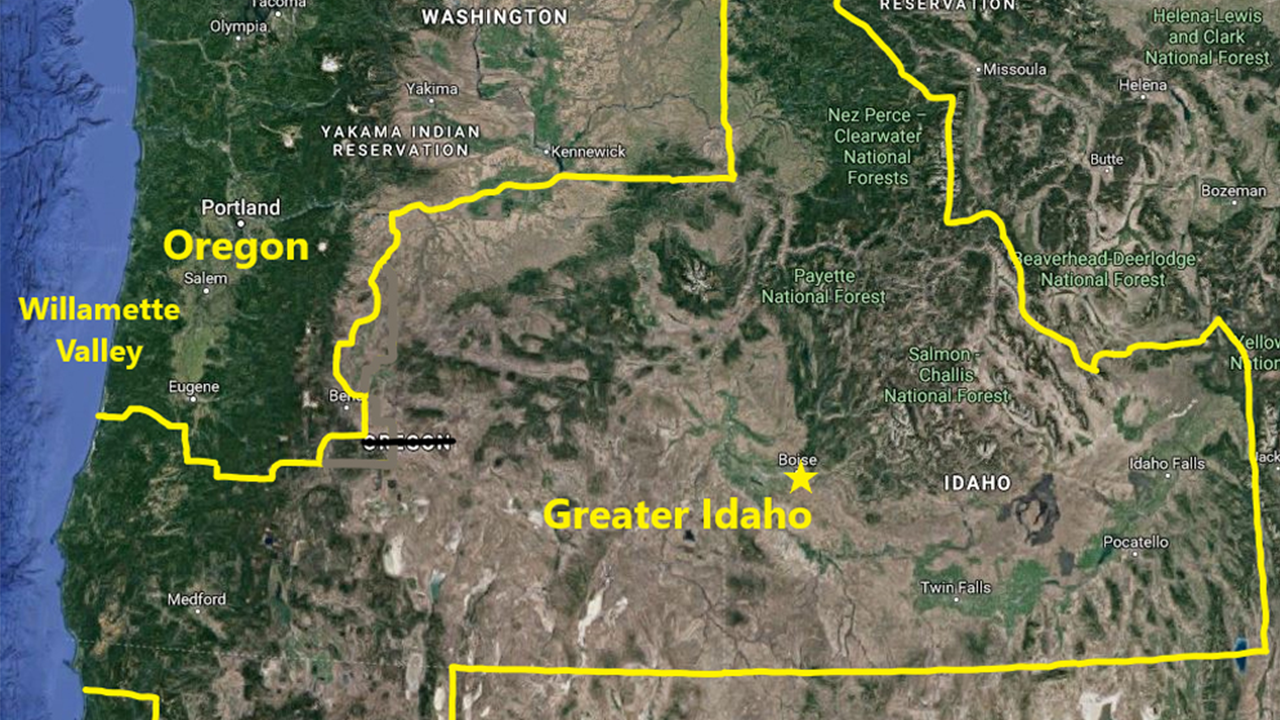 A group called Move Oregon's Border is leading an initiative to have Oregon's rural counties secede from the rest of the state and join Idaho.

Well, no shit. Join several million citizens of a dozen other States in feeling that way. Illinois is the first one that comes to mind....
.

Because they ARE ignored. Politicians in Oregon have literally no reason to pay any attention to the more conservative or rural voters, so long as the liberals in Portland, Salem and Eugene outnumber them.

It would be bad ass if the state of Jefferson became a real thing..

My grandfather was one of the original state of jefferson advocates. They quit the action when the u.s. got into wwii, they thought it was devisive during time of war.

Likewise the people in urban areas have dependancies on the cities. First and foremost it keeps all the people there. But it's also where a lot of goods and services come and go from.

Both need each other, to stay where they are. The difference is that I think the farmers know enough not to go into the City to try and take shit...

as far as States breaking up, you would need 2/3's of the rest of the states to ratify this in a constitutional convention or some damn thing....so that's not gonna happen, ever.

Location
In a big fuckin' valley in the woods.

I saw this brewing some time ago, the big divide between city people and us out in the sticks. As far as government goes, I need little from it, I will do things myself and do. But I don't need government or urban people on my ass either. Urban people don't do well out in the sticks.
You must log in or register to reply here.
Top Bottom