Yamaha‘s MT-09 is getting a larger engine for 2021, as part of an update to allow the “Master of Torque” Triple to meet Euro 5 standards. The new engine will increase from the current 847cc to close to 890cc and increase its maximum power by 4 hp to a claimed 118 hp while reducing its emission output. At the moment, we can only confirm the MT-09 will receive the updated engine, but we expect other Yamaha models that share the three-cylinder engine, such as the Tracer 900, XSR900 and Niken to receive the new powerplant as well.

The information comes to us from Germany’s Federal Motor Transport Authority which has published the emissions test results for a Yamaha motorcycle going by the model code “MTN890D”. The model code is new, but it follows Yamaha’s typical nomenclature for its MT family. The current 847cc MT-09, for example, goes by the code MTN850. The 689cc twin-cylinder MT-07 likewise goes by MTN690 and the 998cc MT-10 has the codename MTN1000. Following this logic, we can infer that the MTN890D refers to a new MT-09 (or more specifically, perhaps, a new MT-09 SP as a D in the codename refers to the SP version of the current model.) 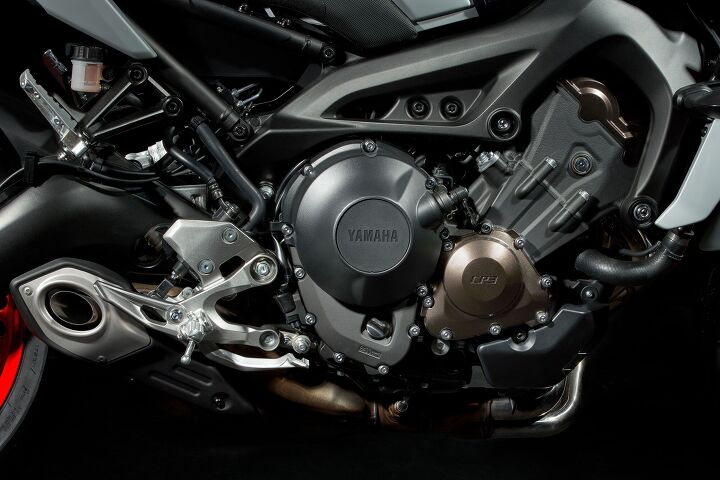 What we don’t know yet is the exact displacement of the engine, though the codename suggests it will be close to 890cc. Increasing the displacement is one method manufacturers have used to get their models to meet Euro 5, with other recent examples including the Honda Africa Twin CRF1100L, Ducati Multistrada 1260 and BMW R1250 boxers. Typically, more restrictive emission controls have a negative effect on performance, so manufacturers make up for it by increasing the engine size. This isn’t always necessary, but for more competitive segments, it’s a lot easier to market a new engine if it offers more power than the old one. 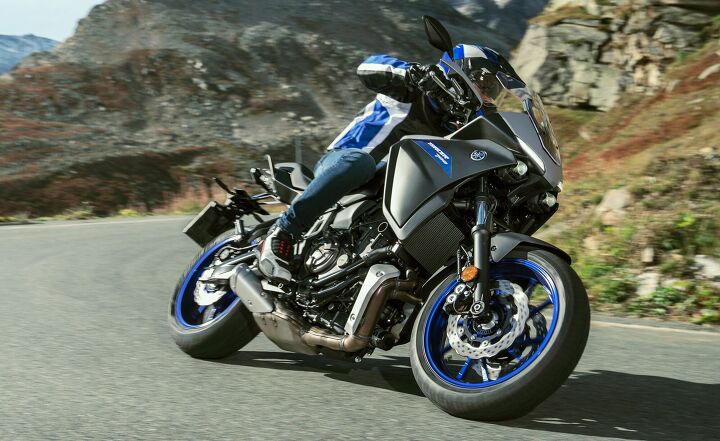 The Tracer 700 (which unfortunately isn’t offered in the U.S.) was the first Yamaha to adopt a Euro 5-compliant version of the MT-07’s 689cc engine. The engine updates should trickle down to the MT-07 and its derivatives like the XSR700 and Ténéré 700.


It’ll be interesting to see what other changes Yamaha has planned to get its models Euro 5 ready before the standard becomes mandatory for all new motorcycles by the end of the year. At the moment, the only Yamaha models that we can verify as meeting Euro 5 are the R1, Tracer 700, and TMax scooter (the German emissions test results also list Euro 5 test results for the entry-level MT-125). We expect the MT-10, MT-07 and Ténéré 700 will meet Euro 5 easily by adopting the updates made to get the R1 and Tracer compliant.