Not that I am selling mine but...my bike is equal to this one and its good to know they have really been good investments.
Mine, I ride it every other day as my go to the beer store or supermarket bike. 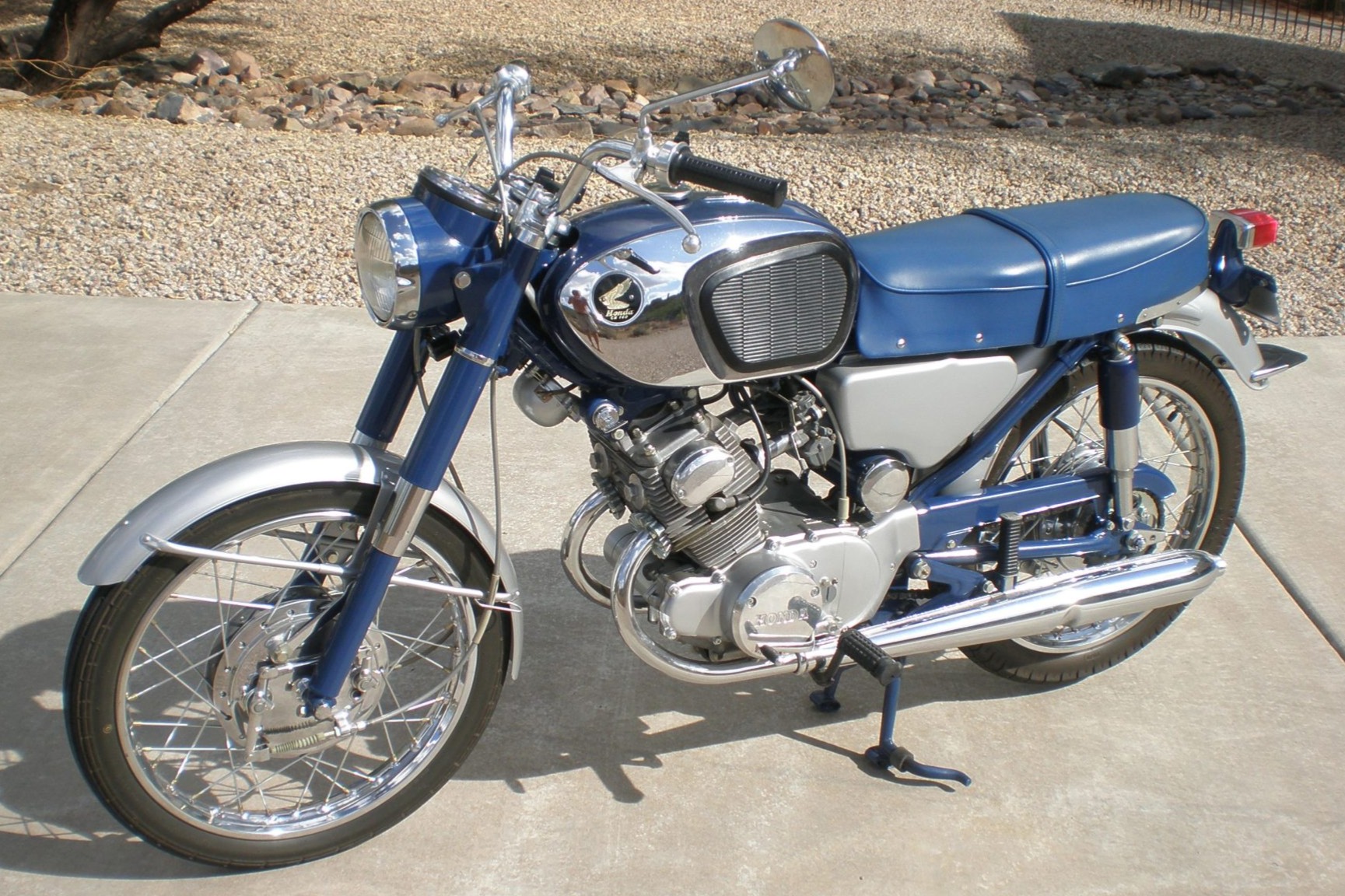 I liked the girls that wore those t shirts in those ads more than the shirts themselves. 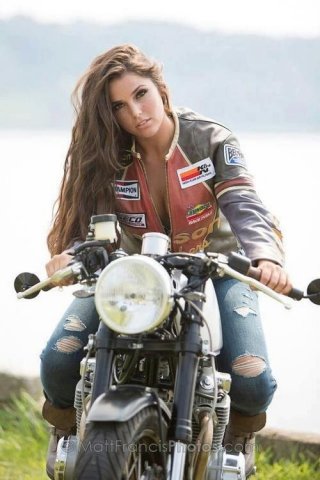 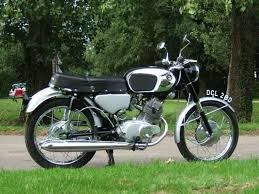 Montgomery Wards 125 ''scrambler'' made by Benelli. 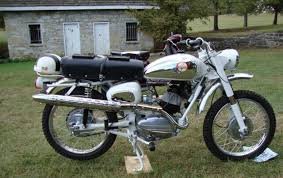 Is it only me that thinks that's an insane price for any CB160?

My first bike was a 1964 CB160, with the full, flared fenders. It was originally white, I called it a Bermuda Bike.

I sanded all the white parts, and re-painted them with black lacquer. Replaced the front fender with a chrome "normal" one. Then I polished all the metal, and did a top-end rebuild.

All the prices on the 60s Hondas have gone nuts.
I did get a deal on mine at $2500CDN from a friend who has since passed.
Probably it was worth closer to $4500CDN with what he had in it .
Ill never sell mine as it will be willed to my nephew.

Mine was from Florida and is a good story. It was a USA Vietnam soldier who was killed. His parents hung on to it for decades and only 5 years ago auctioned it off and we brought it up to Toronto for refurbishment.
I like to think when I ride it the soldier is smiling knowing his bike is fully restored and being taken care of. 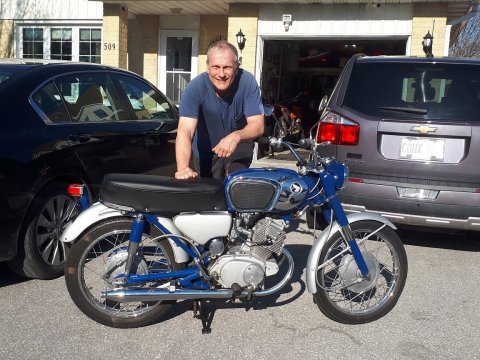 My first street bike was a Honda. I caused a lot of trouble on it... 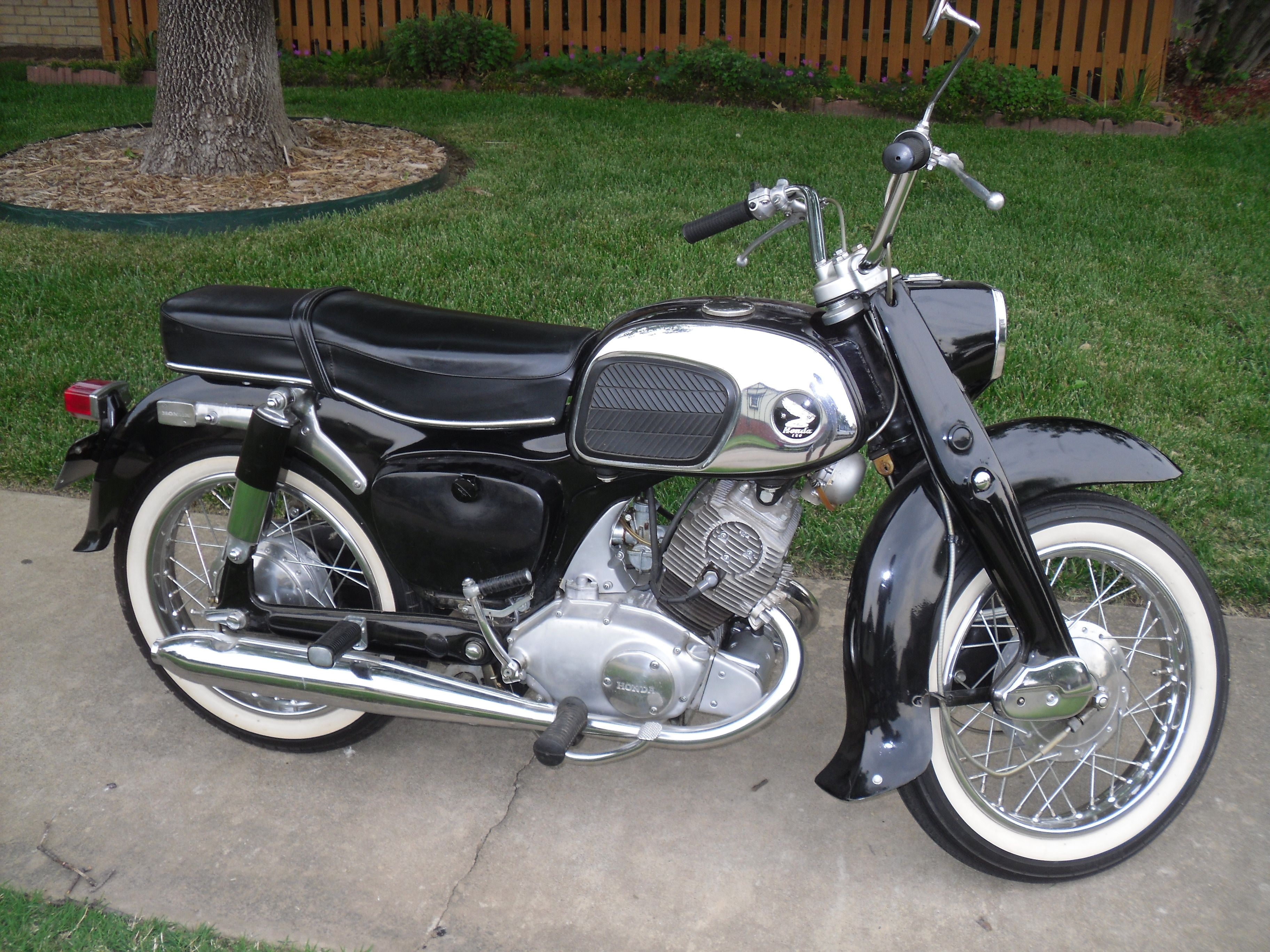 Gawd damn, glad I didn't have to ride shit like that! Under powered over complicated junk. My first street bike is my RD350 that to this day is sitting 15 feet away from me.
But, any vintage bike in good condition is cool. 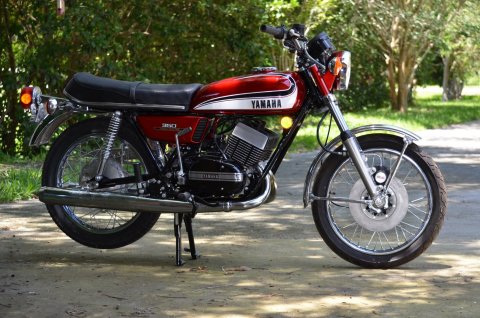 Fuck, that's so gorgeous I'd read a YSR post to own it!

Wasn't there a group of dudes in Washington who created a cup series with those because they're so ubiquitous and inexpensive?

Vandal said:
Wasn't there a group of dudes in Washington who created a cup series with those because they're so ubiquitous and inexpensive?
Click to expand...

One mans shitter cup is another mans"vintage jap steel"

Another one of those "one that got away stories."

Think I was around 13 (1975 ish)and a neighbor kid was cleaning out his garage.

Had two old Honda street bikes rotting away in the corner.....I don't remember what model, they were singles though...he said I could have them

Filled the rotten tires....they'd hold air for 1/2 a day and cleaned the carbs without replacing any gaskets....just a few drops of fuel leaking won't hurt anything.

Buddy and I rode them all over the neighborhood until the one I was riding felt a little toasty between the legs.....I bailed and watched it continue for a little bit and pretty much melt into a blob a minute or so later.

Thank goodness we weren't in the hills playing motocross....we were going up an empty road leading up to the elementary school.

I hopped on my buddy's bike, Schiavo style (butt to nutt), and never looked back.

Buddy passed away 4 years later while I was in the service....don't know what happened to his.
You must log in or register to reply here.
Top Bottom